Five of the weirdest things that have ever happened in Bristol

From poo buses to a tiger in a pub, Cameron uncovers five truly insane stories from the city’s crazy past

Bristol is a city with many wonderful assets: the Clifton Suspension Bridge, Brunel’s SS Great Britain and the M Shed, just to name a few.

It’s located on the River Avon and due to its location, it has a very extensive history revolving around trade shipping and being a very important sea port. It’s also allegedly the birth place of Blackbeard the pirate!

It’s a city to be proud of, with many famous faces being born here, including Russell Howard, Hannah Murray, Lee Evans and J.K Rowling.

But that’s not all our wonderful city has – it has many wonderful and strange tales, too. Some of the things that happened here are ridiculous. I’ve spent my time searching for many interesting stories from Bristol, and I’ve compiled them into a small list of the most unbelievable. 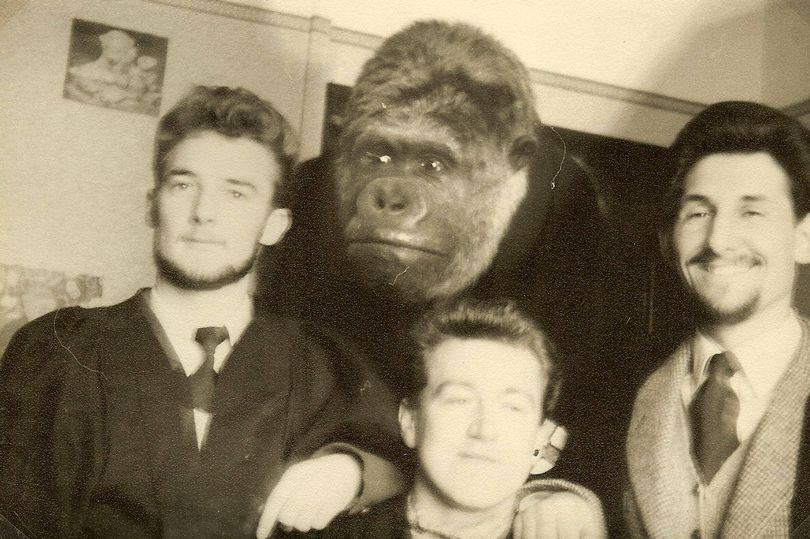 Alfred the Gorilla arrived at Bristol Zoo in 1930 and soon became an animal celebrity. His fame grew to international proportions during World War II, and after his death, he remained an important mascot for Bristol.

Following his passing, Alfred was mounted by taxidermists and was taken to Bristol City Museum for public display.

He still resides in a glass case, but for a short time in 1956, he went missing. The kidnapping sparked a public outcry.

Police scoured the university for Alfred, and even threatened to press charges, but they couldn’t find him. A few days later, Donald Boulton, a caretaker at Bristol’s University’s student health service, had the shock of his life when he entered the patient’s waiting room and was faced with the stuffed gorilla, which had been left in the centre of the room.

This was a mystery until 2010, when estate agent Mr. Morgan, died at the age of 79 and a family secret involving him and two university friends was revealed: they had stolen Alfred!

Finally revealing the secret they had to keep for over 50 years, along with a collection of photographs kept as a record, Mr. Morgan’s friends and family revealed that the gorilla was stolen as a prank between him and two friends for University Rag Week. They kept him in hiding for a few days, posing with the animal and dressing him up for pictures. They were reluctant to admit their thievery in case they were prosecuted.

2: Hop Aboard the Poo Bus 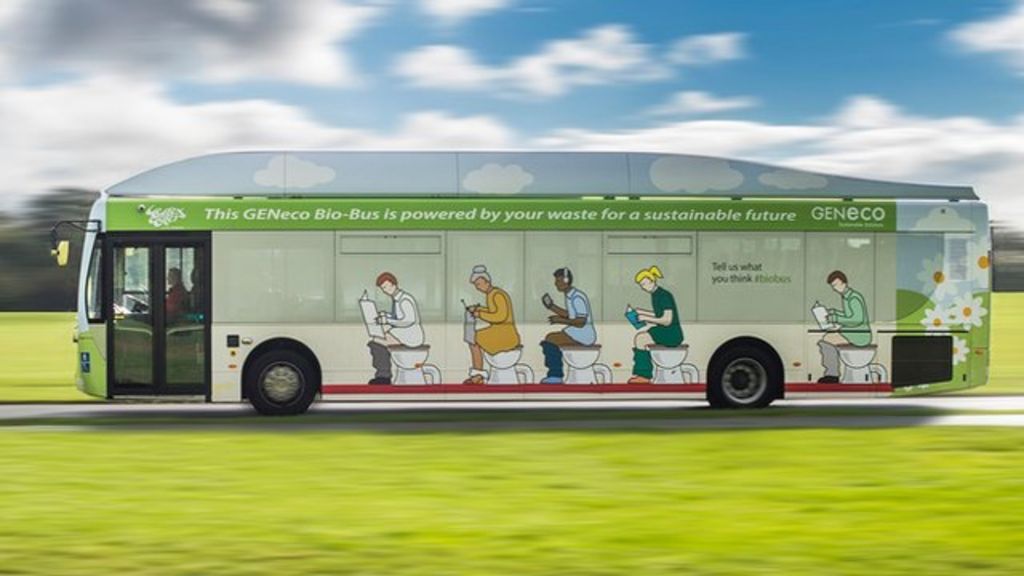 A bio-bus fueled by human and household waste operates a 15-mile route four days a week between Bath and Bristol.

Operated by First West of England, the bus fills up at a site in Avonmouth, where the sewage and inedible waste is turned into gas.

The ‘Poo Bus’ initiative was led by Wessex Water’s renewable energy company, GENeco, to show how biomethane gas could be a sustainable alternative to traditional fossil fuels currently used to power vehicles and homes.

But it’s not the only one of its kind: a different bus powered by cow manure specifically has set speed record in the UK. The biomethane-fueled ‘Bus Hound’ hit a lap speed of 76.785 mph around a test circuit in Bradford – the fastest recorded speed for regular buses. 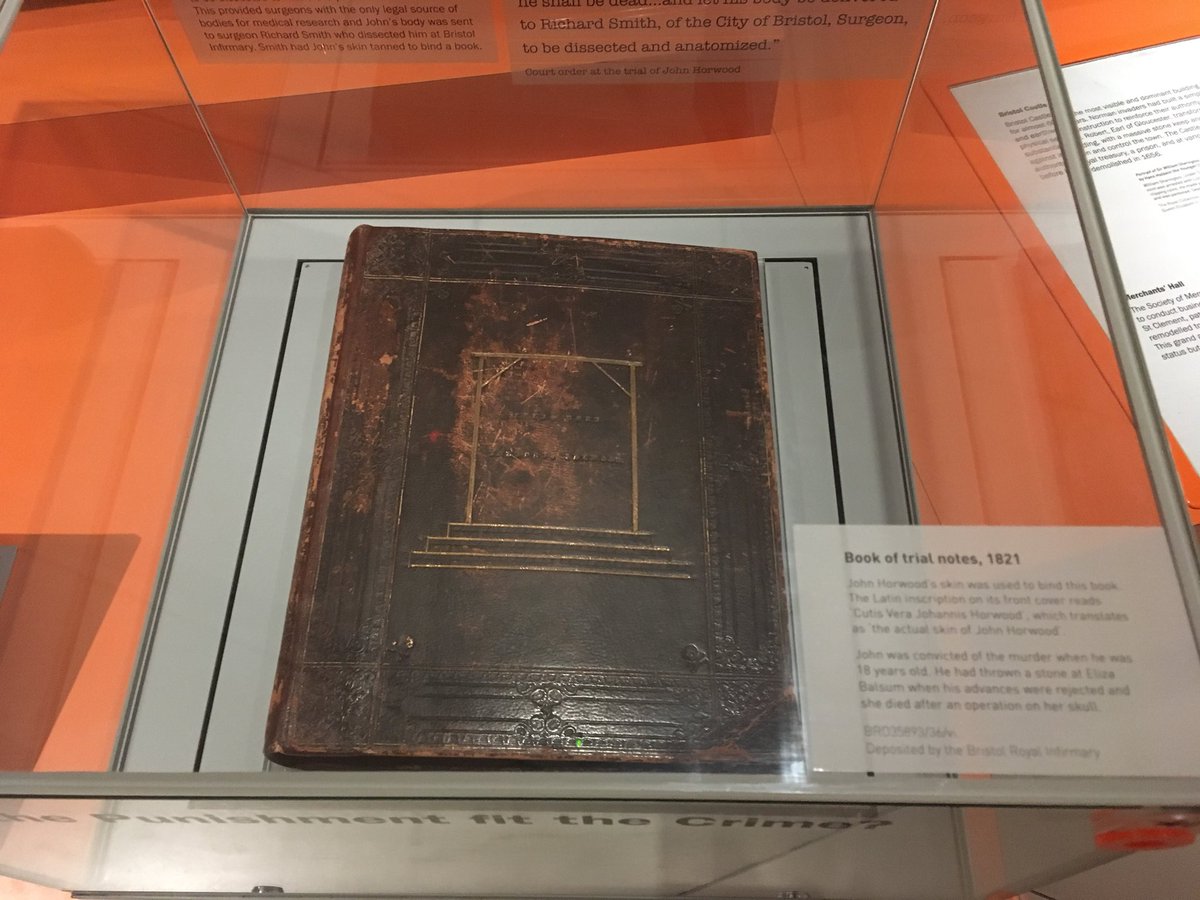 Covering books in human skin, known as anthropodermic bibliopegy, was a subject of interest in the 19th century.

One of the few surviving examples in the UK is owned by the Bristol Record Office and made from the skin of the first man to be hanged at Bristol Jail. Its dark brown cover was made with the skin of 18-year-old John Horwood, who was publicly hanged for the murder of Eliza Balsum.

The book contains the details of the 1821 crime, when Horwood, who had become infatuated with Balsum and previously threatened to kill her, threw a stone at her while she was walking to a well to fetch water.

According to the book, Horwood “took up a large stone and with the utmost savage ferocity nearly beat her skull to pieces.” Balsum’s screams brought her friendsrunning, and she was taken to a doctor, later dying from the head injury.

Following his trial and execution, Horwood’s corpse was dissected by surgeon, Richard Smith, during a public lecture at the Bristol Royal Infirmary.

Smith then decided to have part of Horwood’s skin tanned to bind a collection of papers about the case. The cover of the book was embroidered with skull and crossbones, with the words “Cutis Vera Johannis Horwood,” meaning “the actual skin of John Horwood,” added in letters. 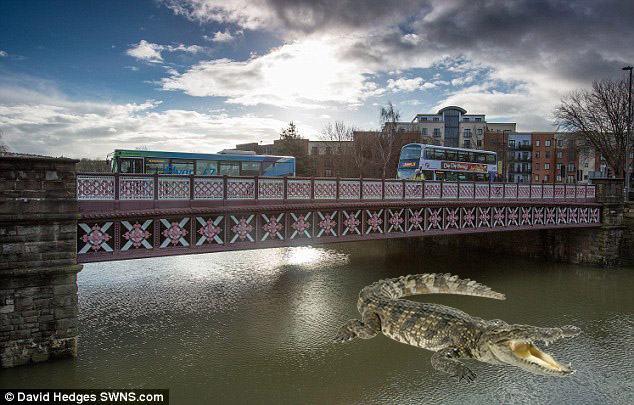 Police were called out to search for a 6ft (1.8m) crocodile reportedly seen on the loose in Bristol in February, 2014.

Avon and Somerset Police Chief Constable, Nick Gargan, noted the first sighting, saying “One of our officers was flagged down by a bus driver today, claiming to have seen a 6ft crocodile under Coronation Bridge. We can’t find it.”

A police spokesman confirmed officers had been sent to look for the reptile. The force did not reveal details of the extent of the search or indicate how seriously they were taking the sighting, though.

“We were called at 10:28am on Monday, February 3, to reports of a crocodile sighted on Bedminster Bridge,” the spokesman said. “We carried out a search of the area but found no trace of the reptile.”

Crocodile tend to thrive in the rivers and swamps of Africa, Asia, Australia and the Americas. Surviving in British waters would be problematic due to the low temperatures.

A previous sighting of a crocodile in British waters – reported in the English Channel – turned out to be a piece of wood. Maybe this one was the same?

In the eighteenth century, The Steam Crane was known as The Bull. In 1827, Mr. Martin, the publican there, visited Bristol Harbour to purchase a live tiger.

The tiger was placed inside a cage within the outbuilding on the left as you look outside the back of the pub. To attract even more people, Mr. Martin paid a man, Joseph Kiddle, to get inside the cage with the tiger. Even without the benefit of hindsight, the result seems inevitable and Mr. Kiddle was killed.

Bristol is a city full of crazy tales: a mysterious crocodile, jolly ape and a bus run on poo. I wonder if you’ve heard of stranger stories to happen in Bristol? Jess Connett seeks out some of Bristol's darkest true stories, and reveals some gruesome deaths in the heart of the...
Bristol / October 30, 2014 / Jess Connett It's Black History Month and Antonia wants us to look around Bristol and acknowledge its involvement in the slave trade.
History / October 26, 2015 / Antonia Odunlami Little Ryan looks at how Bristol looks now, through his eyes and what it looked like hundreds of years ago.
Bristol / July 16, 2014 / Little Ryan Cameron is a 15-year-old student from Bristol. He has two sisters, two dogs and a cat. His favourite genre of music is rock/rap, TV programme is BoJack Horseman and video game is Danganronpa. He has a passion for reading adventure stories and enjoys creative writing.