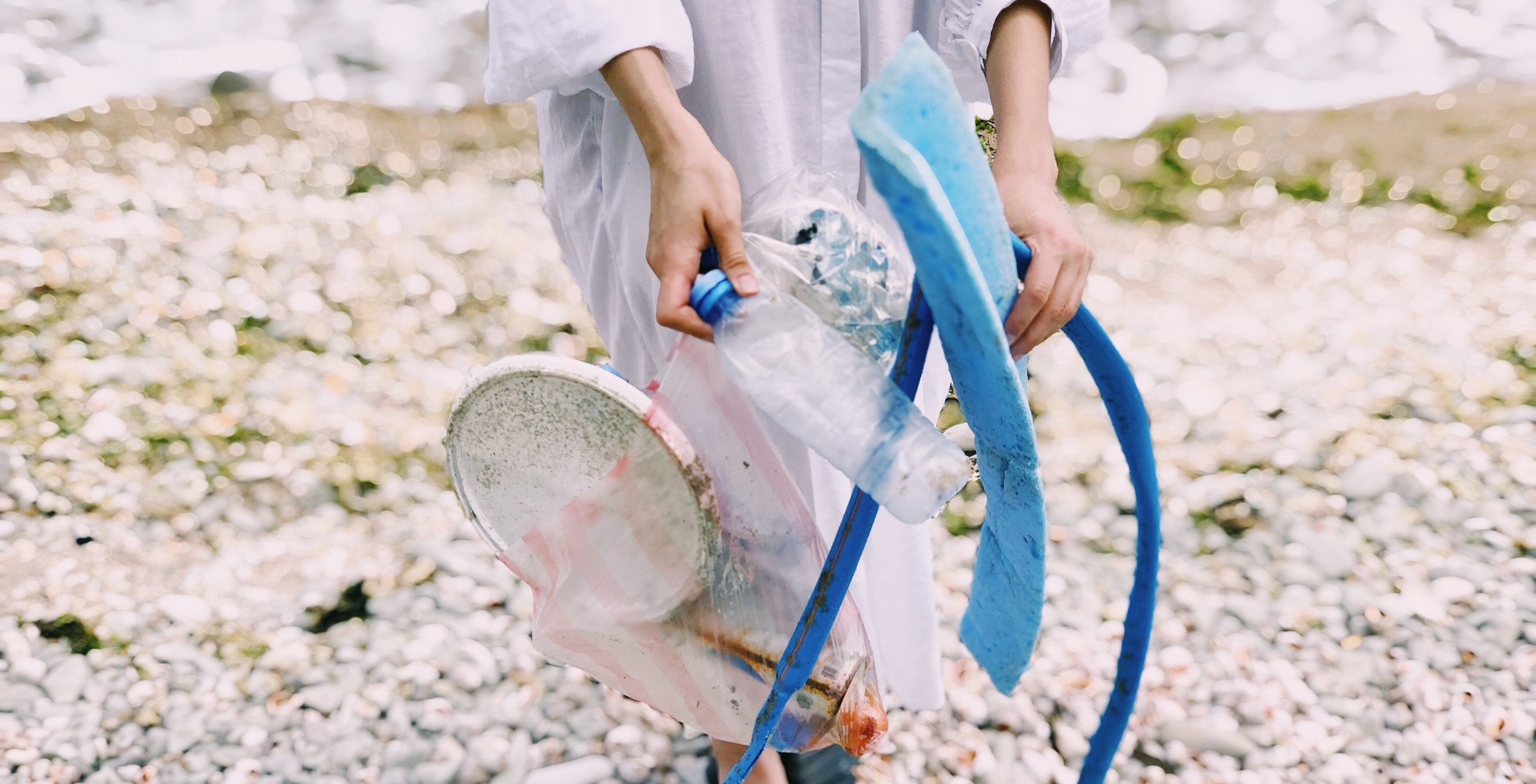 Bristol-based marine biologist and conservationist Libby Bowles has been on the front line of ocean conservation for over six years. To raise awareness of ocean pollution, Libby cycled around New Zealand over four and a half months on a bicycle made out of bamboo, speaking to over 7,000 children in 105 talks in over 65 schools on her way. She talks to all kinds of audiences but chooses to focus her attention on youth workshops because, as she says: “I can’t clean every beach but as long as the younger generation are thinking actively and globally, they can make a real difference.”

Libby’s goal is to explain something very simple, but hard to digest. How our out of control consumer habits and addiction to convenience has led us to the precipice of environmental catastrophe. Libby calls this habitual use of wasteful plastics “consumer sleepwalking.” This has been normalised over generations, but the regular discarding of single-use plastics from our online shopping to our grab and go food containers is “so far from normal it’s untrue.” Sounds hopeless, but Libby reminds me that children haven’t gone through this process yet. “When you speak to them about this you can see little lightbulbs popping up. They are able to think of really creative ideas where plastic just isn’t an option and they won’t let it go. They nag their parents which is awful when it’s about a PlayStation, but great when it’s about something like not using plastic.”

Libby cycled around New Zealand over four and a half months on a bicycle made out of bamboo.

Many of us are shocked when we learn about our habitual polluting, but quickly slide back into apathy when we return to our busy routines. As a marine biologist, Libby has witnessed its effects on ocean life first hand. “Swimming with manta rays unable to feed in a plastic-infested sea really disturbed me. I’ve also seen dead turtles and seabirds cut open with plastic in their bellies. These things really shocked me and have driven me to help people to understand the world better”.

The images Libby describes are not new to us. We’ve seen them on our social media feed and we feel collective outrage, but if you’re like me, your outrage does not always extend to your shopping basket. Confessing this to Libby, I was surprised by her understanding response. “Someone spoke to me earlier and said they go to the shops, come back and realize they’ve bought the one thing they were so motivated not to. But it’s not about immediate change, it takes time to become aware and to learn. Even I almost bought an item with single-use plastic the other day while wearing a ‘say no to single-use plastic’ T-shirt,” she laughed, “but I just changed my dinner plans instead. People slip up, but with persistence, people can change their habits. We all have to.” 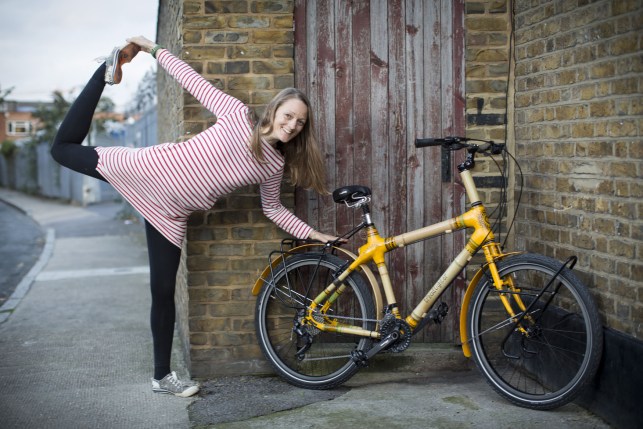 Many of us are shocked when we learn about our habitual polluting, but quickly slide back into apathy when we return to our busy routines.

Does the responsibility lie solely with the manufacturers? “No,” says Libby, “it’s far too late in the day for that. It’s our shared responsibility to be better consumers, it’s our duty to tell producers what we want, and once producers see we want change, we will get it.” So what kind of role do grassroots initiatives have to play in this? “We need a nationwide network,” Libby explains. “Some people may complain that they can’t do anything but there aren’t any excuses any more. You can make a Surfers Against Sewage awareness event like the one we are at today, organise a beach or river cleanup in your community, write a letter to your MP or petition local businesses, and make a genuine difference in the minds of people around you.” All you need to do is get on your bike like Libby, and go for it.

Libby is now living in Bristol and getting involved with local efforts to achieve a greener city but her main aim in life is to “talk to every child in the world.” She welcomes anyone to invite her to speak at their school or college. As inspiring as people like her are, when I look at the political and environmental landscape as it is, it’s easy to give up hope. Libby sees things with optimism, cautious though it might be. “We’re on the edge of a tipping point,” she says. “This problem is on people’s minds. It will be easier to find zero waste supermarkets and other sustainable products in the near future. We just have to pioneer them and put up with paying a little extra in the meantime. Then it will become more common and cheaper.” How will this happen with people like Trump in charge of major polluting countries? “Things are more polar then they used to be,” Libby argues. “You have those like Trump, but you also have a growing movement of people moving in the opposite way. We really are making positive movements.”

After speaking with Libby, I have thought more about my everyday consumer choices. I’ve invested in a reusable coffee cup, I am phasing out sing use plastics such as disposable razors, straws or plastic bags and always looking to do more but I’ll leave you with one more word from Libby: “Instead of practical tips, it’s about changing your mindset from having the option of single-use plastic to not having one. Just say NO!”

Libby is speaking at Explorers Connect in Bristol 7th March 2019. Find out more about Libby and her conservation efforts with Tread Lighter. If you are interested in making your town or school a ‘plastic-free community,’ visit Surfers Against Sewage to find out how. Joe has a bachelor's degree in History and Political Science. With a passion for the social sciences, Joe enjoys writing about contemporary issues and is a keen travel writer and photographer. Check out his Instagram project and LinkedIn for more info. The fight to save Hamilton House A First-Hand Guide To Hitchhiking

Joe's favourite way to get around is hitching a lift. Read his top tips for really immersing yourself in the...
Lifestyle / June 27, 2019 / Joe Fearfield
<PreviousNext>