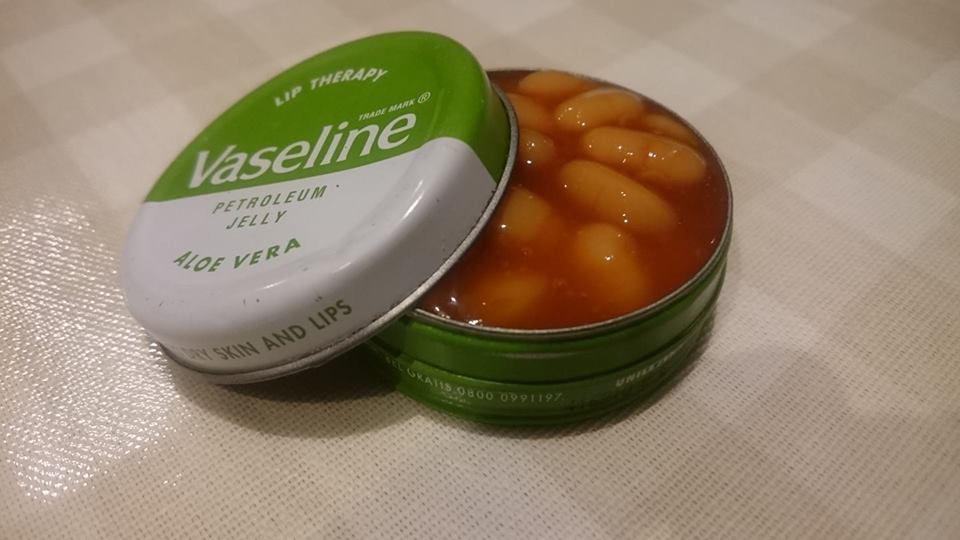 Aaron talks to one of the people behind the disgustingly compulsive meme page and asks him, ‘why?’

I get my daily dose of memes from a variety of social media sources. ‘No context Louis Theroux’, a page that posts random, out of context screenshots from TV programmes starring everyone’s favourite awkward investigator is a personal favourite. I also enjoy ‘The Political Bible’, a page that posts only politics-based memes. I could go on for hours. But one page that always made me laugh was ‘Things full of beans that shouldn’t be full of beans’, a page entirely dedicated to posting the most surreal, unusual places to find some of Heinz’s famous produce. You might have even seen it pop up on your newsfeed from time to time – it’s currently boasting over 320,000 likes on Facebook, and regularly reaches millions of people with its hysterically odd images.

One thing that has fascinated me for years is this: who runs these pages? How in the world do the page administrators come up with the surreal content they post? And most importantly, what is it like to ‘go viral’?

So I started to do some digging. And by some quite remarkable chance, my digging ground to an exciting halt before I’d barely begun. A friend I’d met at the University of Bristol told me that he’d actually been in first year halls with the creators of ‘Things full of beans that shouldn’t be full of beans’ and that it was created in Bristol. So I got in contact with Ross, co-creator of the page, to have a little chat about what it’s like to go viral on Facebook and make memes for the masses. 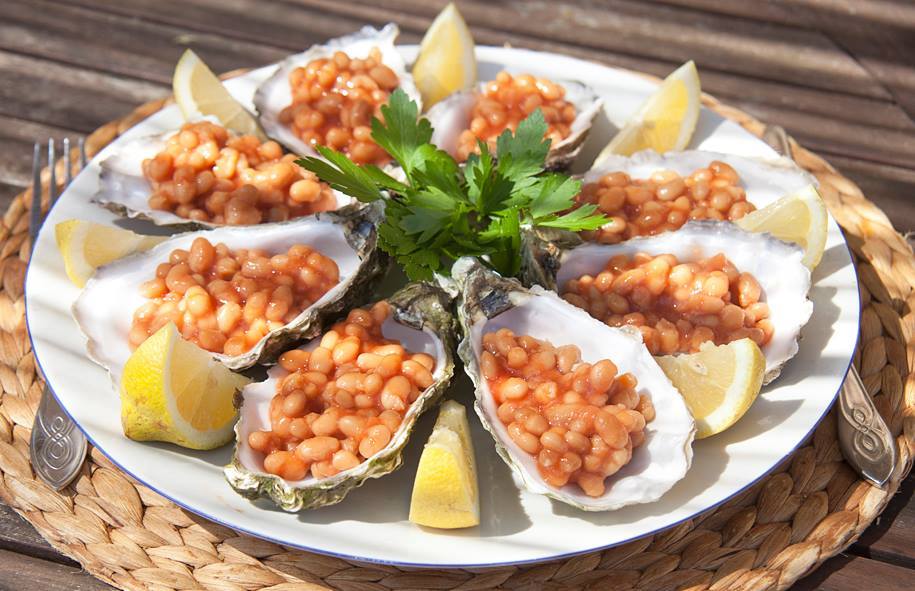 We met at the University of Bristol’s student union, where Ross is still studying. Take a short walk down Park Street and across the harbour and you’ll reach Waverley House, the halls where the page was born. ‘We were just chilling in the kitchen and got into one of those weird chats,’ Ross explained. ‘I was opening a can of beans and it turns out I’ve been opening them wrong the whole time’. He motioned with his hands. ‘I chopped into the top instead of going round the sides like you would with your traditional can-opening method. I remember Sam (the co-creator) saying ‘that’s not very aesthetic,’ which lead into a conversation about how un-aesthetic beans were, and how funny the idea of beans in an ice-cream cone was.’

“I remember Sam (the co-creator) saying ‘that’s not very aesthetic,’ which lead into a conversation about how un-aesthetic beans were”

Clearly, what Ross and Sam were slowly realising is there’s something about beans, that, as Ross put it, is ‘inherently icky.’ They’re a great medium to gross people out. It was at this point they thought it might be a great idea for a Facebook page – a page that posts deliberately cringe-inducing, ‘icky’ pictures of things full of beans that really, really shouldn’t be.

‘Sam wrote the idea down in his phone and then later that week I was like ‘Let’s do this. Let’s make the page. So we just got the camera out one evening and started filling stuff with beans.’ On the first night they took several pictures, and soon enough the whole flat started to get involved. ‘The allure of filling stuff with beans must have been irresistible,’ explained Ross. ‘It was an absolute nightmare to clean up though.’ 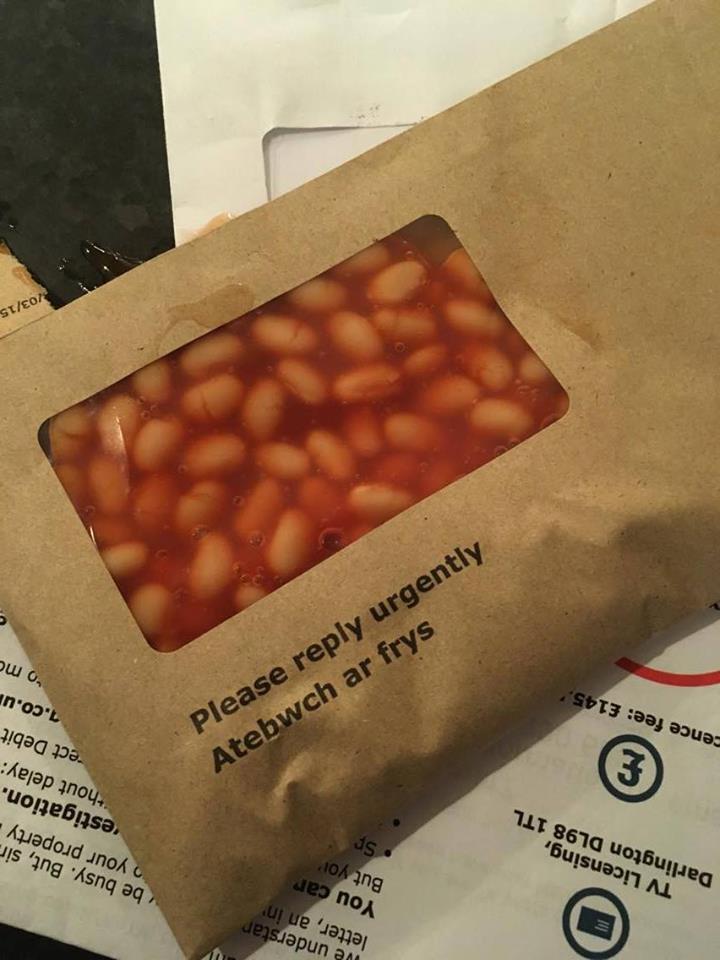 After setting up the page and posting some pictures, Ross and Sam’s flat sent it out to one hundred or so Facebook friends each that evening. In the morning, the page had 500 likes. Impressive for just one evening’s work, but these likes were still only people that had been sent the page manually. However, this was just the start. Ross and Sam came home from university the same day to find the page had over 1,000 likes. The next morning it was 2,000, and the next evening they had managed to reach 5,000 likes. ‘We knew it was getting big when we surpassed Motion,’ Ross laughed. ‘Within a month it had 150,000.’

“We knew it was getting big when we surpassed Motion”

But why do these sort of meme pages grow so quickly? ‘There’s something about stuff that’s completely useless that is just ‘nice’,’ reckons Ross. ‘In the modern world and on the internet everyone is advertising, and it’s nice there’s things that are just for the sake of themselves’. And he’s right. The page doesn’t try to have a clever angle, or a comedic goal. It’s effortless, and for that reason, satisfying. The page itself, and the creator, are happy with the content just being weird stuff filled with beans.

So once you have that audience base, where do you go from there? ‘For the first three months we were pretty good at uploading stuff – there were points where we were uploading a picture a day’ Ross remarked. ‘And after the first ten posts or so, loads of people started sending in submissions. One girl messaged the page saying ‘Hi, I love your page, and my dad loves it so much he let me pour beans on his face for you and here’s the picture. It was surreal. So we could use the submissions like this as well because some of them were pretty decent.’ 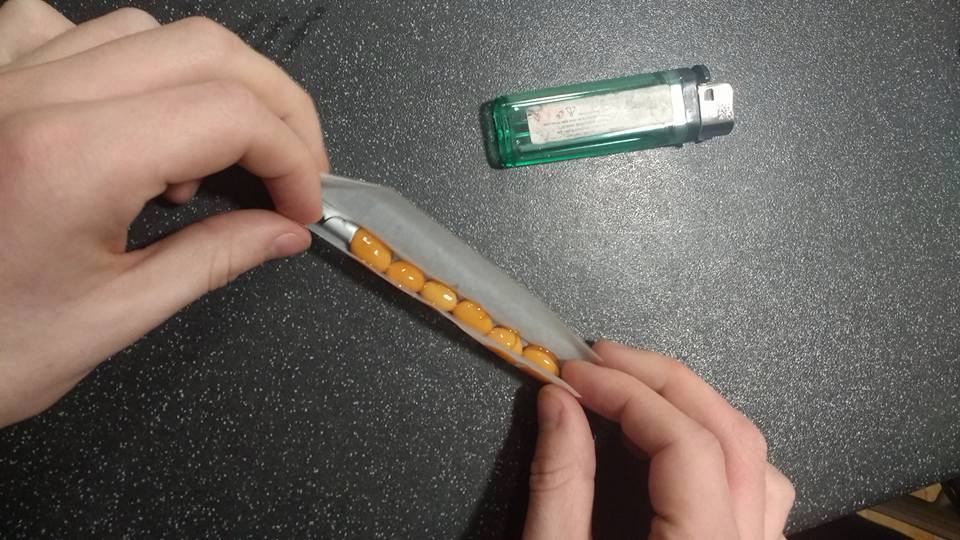 After a few months of posting and maintaining the page, as Ross put it, ‘the novelty wore off a bit.’ So they slowed the posting down. The page was made purely for enjoyment, and they didn’t want to ruin it. It couldn’t descend into becoming a chore or as part of a routine; it had to be preserved as something hilarious that was maintained relative to how fun it was. However, Ross did created a merchandise shop for the page. ‘I love designing t-shirts,’ he told me, tugging on the one he was currently wearing. ‘I made about four hundred quid selling T-shirts through the page just for fun.’ Importantly, through the healthy relationship maintained between the creator and the content, Ross was able to dabble in valuable experiences like setting up a merch shop.

With the page nearing a quarter of a million likes, it was only a matter of time before someone offered to buy it. ‘A guy offered us £10,000 for it. There were about four actual offers we discussed.’ Make no mistake however, these words weren’t said regretfully. ‘People on my innovation course always ask me why I haven’t sold it. I think it would just descend into a shit advertising page’ he explained.

Throughout the interview, it was refreshing to see Ross’ principled approach to his work. It was never a goal to make money. In a world where that is often the case, it’s warming to see someone extinguish potential for major financial gain in order to preserve their own idea and project, no matter how ‘silly’ it is. 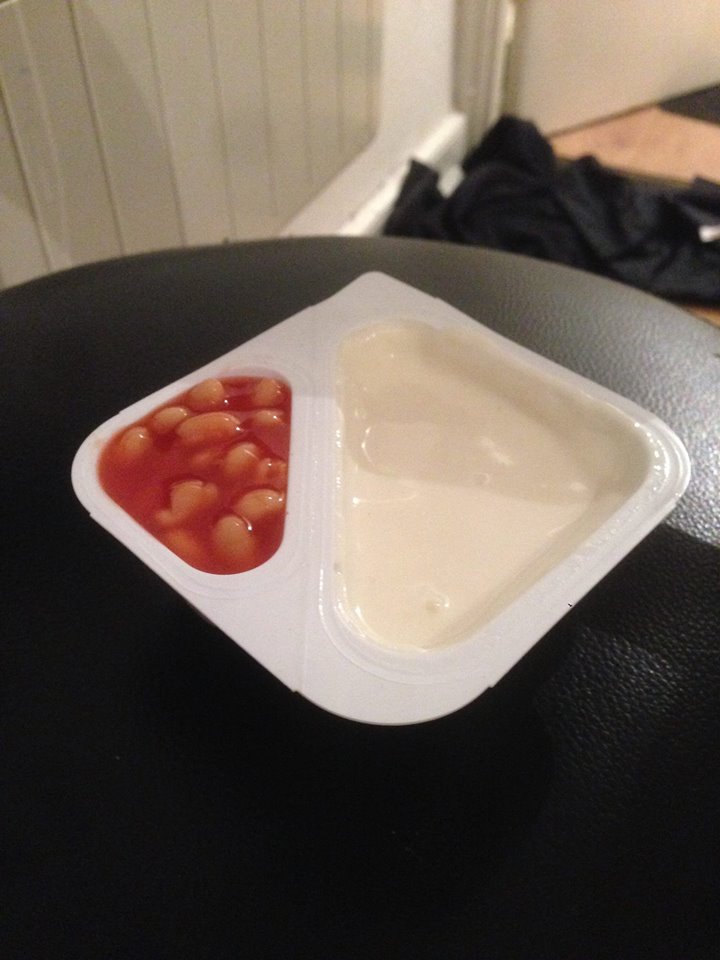 As our time came to an end, I asked Ross for some advice for people who might want to make internet content like his own. ‘Know who you can be creative and feel comfortable spitting ideas with, and just act on them’ he said. ‘Do something whilst the idea is fresh – if you leave it, it’ll just get lost on a to-do list. With modern technology, it’s so easy to turn your ideas into a reality, and if it doesn’t work out, it’s fine! You can just try again.’

What are Ross’s plans for the future? ‘I’d love to maybe make another page, maybe one called something like ‘please don’t invent that.’ We could posts things like a cheese un-grater for ungrateful children.’ I started laughing, and Ross continued, ‘I’d also love to make a toilet book or something. They’re sort of like meme pages from before the internet.’

Hopefully this won’t be the last we see of Ross, or the last strange idea he decides to put into action. I for one am excited to see what he does next. But for now, we’ll just have to make do with some household objects full of beans that really, really shouldn’t be. I know I’m not complaining.

Ross has just started a YouTube channel called Ross Root. He’s already got a great video called Pumped for Surf on there, and he also directed a film at the end of last term called Fiver, the story of a guy’s first night being homeless. This will be out in mid-February. Go check it out! The Rife Team were lucky enough to be invited to visit the UK Buzzfeed offices in London, and this is...
Upskilling / November 23, 2016 / Kaja Brown How To Turn Your Art Into A Business: Putting The 'DO' Into 'DOodling' Art vs. Technology vs. Young People Originally from Birmingham, Aaron moved to Bristol to study Philosophy in 2015. After graduating, he became the Bristol co-editor of online student satire website The Whip and regularly blogs for meta-media analysis project ThinkCitizen. When he's not writing, Aaron loves playing guitar, talking politics and the often painful experience of supporting Arsenal Football Club. Philosophy should be taught in primary schools

Aaron ruminates on why he reckons the infamously lofty subject should be taught to younger children
Arts/Culture / Social Issues / March 19, 2019 / Aaron Drapkin
<PreviousNext>