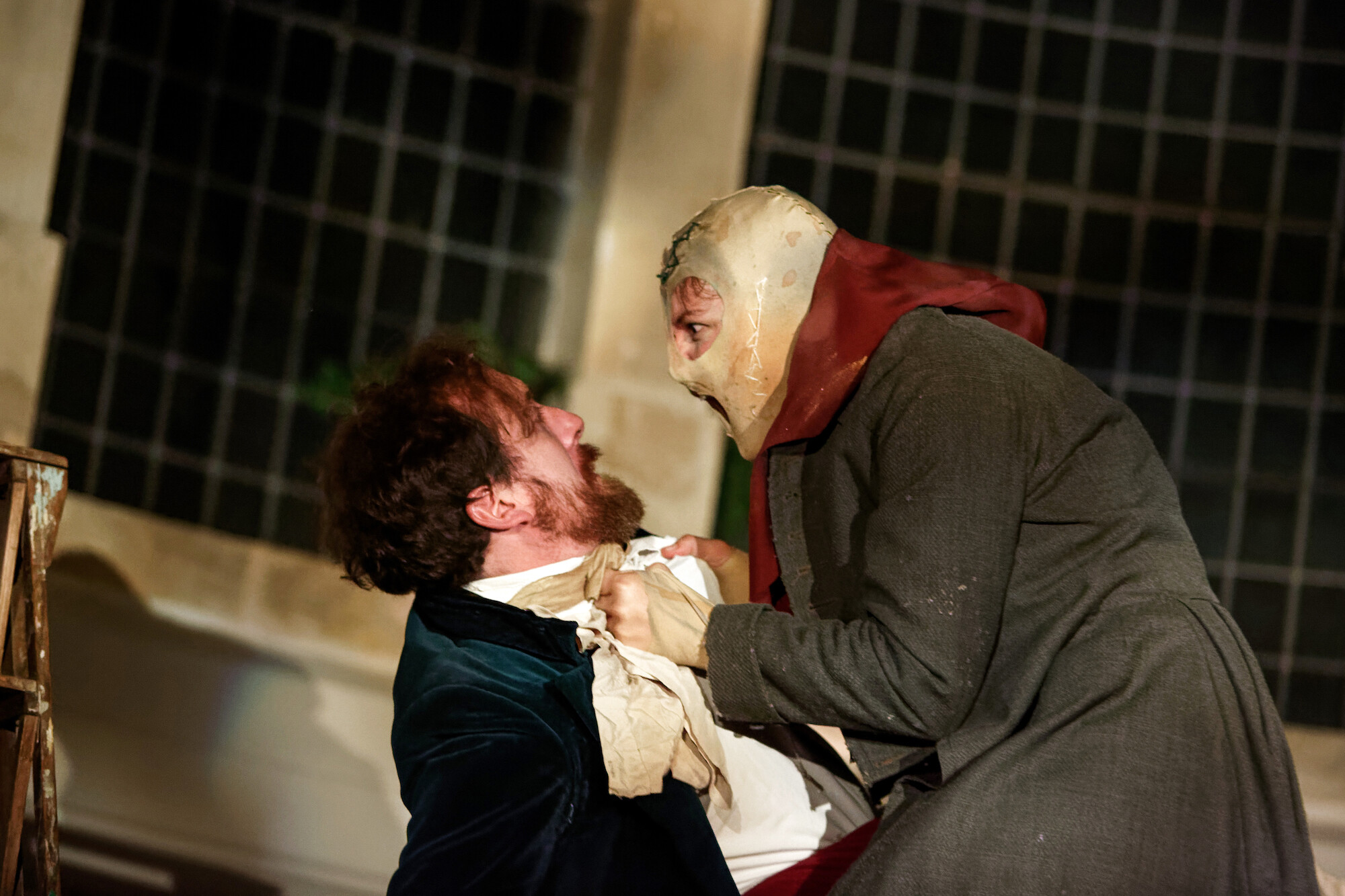 Mary Shelley’s story following the doomed monster Frankenstein is a hugely popular one, loved by children and adults alike.  Since her book was first published over two hundred years ago, it has been the subject of numerous adaptations, on both stage and screen. This winter the award-winning writer Matt Grinter will be bringing his own version of the classic gothic tale to the stage with a brand new production by Red Rope Theatre Company. I spoke to Matt in order to get an insight into the creative process behind the new play and in the hope of learning a little bit more about this exciting new show.

How relevant do you think the story of Frankenstein is today?

I think the story of someone struggling to define who they are against what the society around them perceives them to be is ageless and is particularly relevant today. All the themes in the book: love, grief, self-loathing, body dysmorphia and the what it means to be human – these are themes that are written about still and for good reason. They are part of the human condition. Also the Frankenstein story is told in different guises all the time in modern media: in Ex Machina, Blade Runner and AI the Monster is some sort of robot, but they are essentially exploring the same themes.

How do you think your adaptation differs from previous stage adaptations?

I think every writer brings something different to the table when working on an adaptation. For me personally the themes of death and loss really struck a chord when reading the book along with the more theological discussions. Also violence is very prevalent and simmers under the surface of most scenes. As the characters tell you at the beginning of the play, our story is really the story of the three main characters Victor, Elizabeth and the Monster and whilst the other characters are mentioned and seen, it is a much more streamlined look at these journeys. Our monster is also genderless. This wasn’t done to be radical in any way and isn’t referred to at all necessarily,  but having a woman play the monster on stage has brought a really interesting dynamic to the relationships within the story.

Do you think it’s important to feel sorry for the monster?

I think it is important to understand that the monster is as complex as anyone else. It does terrible things throughout the story, but I think what makes a character interesting to watch is the fact that we have conflicting emotions about it. I hope that the audience will feel great sympathy for the monster whilst at the same time hating some of the things it does. For the most part I think it is important to remember that the Monster is twisted in knots with the pain of trying to understand its place in the world. I hope we at least are able to understand why it commits its atrocities.

For me I empathise most with Victor. He spends the play in a world where his grief and anger at his mother’s death has taken on a sort of physical form. Victor is single-minded and over-confident and has a bit of a god complex, but he essentially just reeling from the loss of a parent – something I hope most people can sympathise with.

Why did you want to do Frankenstein?

Frankenstein was always my favourite of the gothic horrors and is often the one people know least about. It generally conjures images of huge beasts with bolts through their necks groaning and stumbling through old dark castles but the truth is much more complex than that. The monster is clever and strong and interesting and it was a story I was desperate to bring to people. This is the first of our shows at Arnos that I have adapted myself and I feel like I could carry on and adapt it another five or six times focussing on different things and still make interesting and challenging scripts. The source material is so rich and so visceral that I felt strongly that it was something I wanted to do. 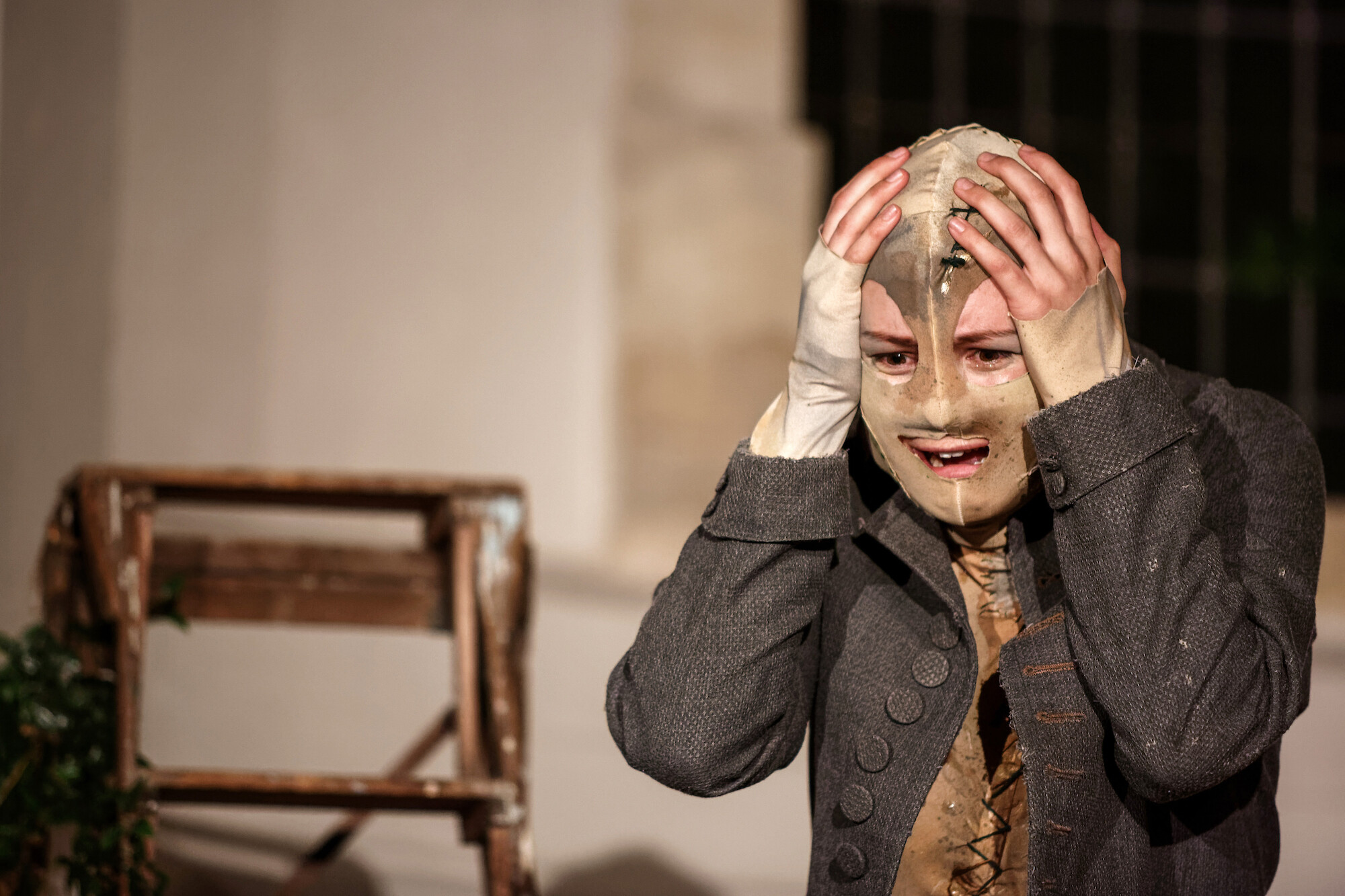 What’s been your favourite part to write?

I love writing the violence and the gore. I love horror films, and it’s always fun for me to think, ‘how can I make an audience squirm?’ There are a couple of brutal moments which I think will satisfy even the hardiest of horror fans! Conversely I have really enjoyed writing the Monster’s journey – there is so much to play with and the monster has such a unique way of being, unhindered by any sort of societal or social constraints. Each scene has been really fun and interesting to map out.

What made you want to become a writer?

I love narrative and have always done. I discovered a few years into my career as a director that what actually interested me  as a director was the narrative journey of the characters and picking them apart. I had always had a huge passion for new writing and writers, and whilst I was at university studying film, one of my heroes, Anthony Minghella, came and spoke to us. He was hugely inspiring and I read everything he had written. I was always blown away by the concise and beautiful way he could represent people on the page and I wanted to be able to do the same. Also I feel like writing is the one discipline where I am able to get closest to representing what my mind wants to portray. There are always constraints as a director but with words the only limitation is your own imagination.

Who are Red Rope?

Red Rope was set up in 2012 by me and my friend Rebecca Robson who is also a local theatre maker. We are probably best known for our gothic horrors at Arnos Vale Cemetery but we also perform more ‘straight plays’ either on tour or In Bristol. Plus, recently we have been running the Young Writers Workshops at Bristol Old Vic, which for the benefit of the readers is how we met you, Elliot. Its been great to pass on our knowledge about script-writing to such a cracking group of young writers and we hope to do more projects along those lines in the future alongside many other exciting projects we have up our sleeves. Thanks so much for interviewing us!

You can see Red Rope’s adaptation of Frankenstein in the chilling surroundings of Arnos Vale Cemetery until 11 November. Book now Sham's been to some arts festivals, and often they are too arty farty for him.
Arts/Culture / May 28, 2015 / Shamil Ahmed Come work at Rife Magazine for six months, making content about the issues important to you.
Bristol / January 4, 2018 / Rife Editor Here at Rife magazine we are all about celebrating and nurturing your talent.
Bristol / Events / Fun Stuff/Lists / November 1, 2018 / Euella Jackson Born in Bristol, Elliot Scott is currently studying drama at university and hopes that he will, one day, be able to make a living writing. He has written for Radio 4 Extra’s Newsjack and his true love has always been comedy writing and performance. In his spare time he loves to run, write and listen to Radio 4, just like every other nineteen-year-old… His dream is to one day have his own sitcom on Radio 4, or sketch show, he’s not fussy…