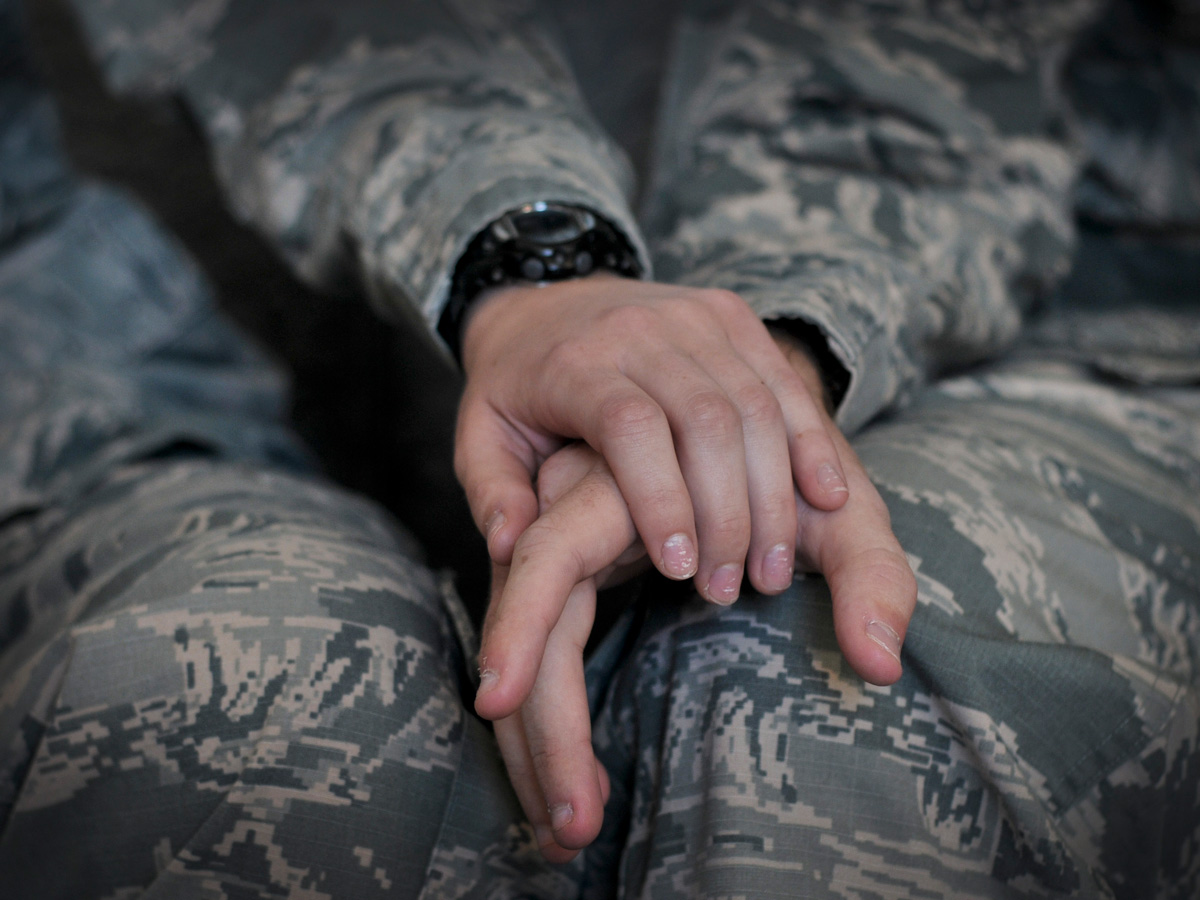 Zoe on losing a parent and how to cope.

Six years ago, I lost someone very near and dear to my heart.

Six years ago, I lost someone very near and dear to my heart. This person was my mum, Helen Long, the beautiful 37-year-old woman who worked in the local Tesco Garage in Whitchurch. Our day began with a bang, which I later learned was an epileptic seizure, the first in ten years. We all thought nothing would follow, but it did…and we were devastated.

She suffered from tonic and absence seizures, which I only recently learned from asking family. These are the seizures that most people perceive as epileptic seizures, but most also do not know that epilepsy can result in death. This is why I believe that epileptic deaths need a lot more exposure in society nowadays.

I would like to mention SUDEP Action, who are an organisation who bring awareness to those affected by Sudden Unexpected Death to Epilepsy, this being one of the top ten causes for early death. My aunt (my mum’s sister) introduced me to this organisation and often donates and campaigns for them to spread awareness.

The next two years were as I’ve come to describe as ‘autopilot’ for most of us closest to her.

The next two years were as I’ve come to describe as ‘autopilot’ for most of us closest to her. I admit that most times that I talk about my mum’s death, I am still on autopilot. Reliving the trauma of the event is troubling to most, with me telling the story as if it was a trip to the shops. The years are now a blur, with hardly any recollection of my feelings, as if I completely ignored the tragedy whilst in year seven. I didn’t understand why everyone was so worried about me. After all, my brain seemed to gradually forget that this wasn’t a normal thing that kids experienced. I never knew what was to come later in life.

Something that I’ve come to notice in my young adulthood are a few somewhat troubling side effects of losing my mum. I’ve also had bouts of anxiety related to social events and generally leaving the house. I’ve also seemed to develop a bad reaction to loud  noises recently, of which some have triggered a panic response that I have had to be coaxed out of by my boyfriend, who has been a massive help to my mental health.

A friend of mine shared her story with me. Her dad died as a result of prolonged illness when she was young. She didn’t remember much, except how ill he was, amongst many happy memories of family outings. She told me that her mum stayed strong for her and her brother, much like most grieving spouses do in these traumatic times. She added that she feels that her life would have been different now, if it weren’t for his death, that she wouldn’t have hid in her room and had issues with her depression and anxiety. But she feels that over time, she has become a lot more mentally stable. Though, she knows that she will never get over her loss, as he was such an important figure in her life. She added, ‘I obviously still miss him, it’s not something that you can just get over’.

‘I obviously still miss him, it’s not something that you can just get over’.

One person reached out to me on Facebook. He explained that he lost his dad to a blood clot in his lung, hitting him very hard at such a young age. Without having a male role model in his life, he lost his confidence and was bullied in school because of this, as he wouldn’t stand up for himself. This lead to a lot of fights in school from advice to stand up for himself, with his anger and resentment of his dad’s loss being the main aggressor. He later lost his mother, which lead him down the unbeaten path of depression and suicidal tendencies. In saying this, he feels that he has become stronger and more mature since then and makes an effort to stay humoured and optimistic. He also said, ‘it’s hard knowing that your parents won’t be there for your 18th birthday or your wedding, and they’ll never meet your children’.

Another person sent me a message via Facebook, telling me about the loss of his mum due to Multiple Sclerosis. She suffered 13 years of the degenerative illness, which meant that he had so many years to prepare himself for her demise, but this was only the foundation as he felt that when it happened at the age of 20, he was not prepared. He said that he felt his childhood wither and die in one single moment, that the child that he was died along with his mother. He felt that he was thrust into a position that he was not ready for. He feels that, with her loss, he has no one to confide in, or to turn to. In regards to supporting those who have experienced parental loss, he said, ‘most of all, I simply wanted to be treated as normal, and to be accommodated when I need help’.

Parental death is arguably one of the hardest things that one can experience, especially in their adolescence and childhood. An estimated 23,200 parents are taken from their dependant children by various expected and unexpected ailments each year, and is increasing. Bereavement of one or two parents can render the child lost, with no one but close relatives or the state to run to.

But this is why you, if affected by parental death, need help.

Admittedly, I have not seeked much help, nor have my coping mechanisms been completely healthy and I would not recommend to anyone reading this. If you or anyone else is experiencing suicidal or self-harm tendencies, please seek help. Don’t be afraid of the stimulus that comes with these things, you are not alone.

Social support can go far, as I have learned from friends and family helping me as much as they could. I now know that everyone around me have been trying all this time. You need to let yourself open up to help and advice, even when you feel like they don’t understand. Sometimes talking to your other family members can feel like talking to a brick wall, but it takes perseverance. Tell them, take a break, and tell them again. It takes patience for people to know what you are going through. Take your time.

I also contacted counselling groups, as well as testing the waters of secondary school and college counsellors, which I didn’t react well to. Talking therapy isn’t for everyone, but I would definitely recommend them to those differently wired to me, being stubborn to improvement and help from those who wish to help me. Counsellors often ask what happened, and gradually work with you to improve your wellbeing, teaching mindfulness techniques and offering to refer you to other therapies such as yoga and other activities. In Bristol, we are very lucky to have Off The Record, who specialise in improving the mental health of young adults. I have previously spoken with them and would highly recommend them.

It takes patience for people to know what you are going through.

We made memory boxes in my mum’s memory, filled with pictures of us, memorabilia and the items she gave us in her will. I promised myself that, if there was a fire, I would save it no matter what. It was comforting to make them, and I would recommend it to anyone experiencing loss.

One of the many reasons I have taken time to write this is, admittedly, a coping mechanism. I found my love for writing reborn recently, as I have been writing a novel in my spare time and am chasing a career in writing. Hobbies are amazing. It’s hard to find one, but it’s a big pay off when you have a lot on your mind!

I believe that society needs more exposure on parental death. The fact that it is a taboo subject is troubling, as it sadly is something that happens more than is discussed. Even though I do understand this, I believe that people need to be more comfortable and open about the subject.

Tell us your story @rifemag

If you want to find a place to talk and people to talk to, look on the Rife Guide Dare To Disrupt: What I Learned At TEDxBristol

Euella shares her experience at TEDx Bristol and explores why it’s important to be positive disruptors.  Nothing in this...
Bristol / November 13, 2017 / Euella Jackson Easton residents Ailsa, Yewande, Ed, Helen and her son share their perspectives on where they live.
Bristol / September 9, 2016 / Ailsa Fineron Meet Antonia, Cai and Grace, who will be leading Rife into the next six months with style, energy and artful...
Bristol / October 13, 2015 / Rife Editor Hi, I’m Zoe! I am a writer, interested in the idea of dystopia, mental illness and experience in loss. I am always seeking to spread awareness for young people who lose parents at a young age and how they are affected. Other than that, I enjoy reading, listening to music, gaming, and working on my novel, a work in progress that is constantly haunting me.