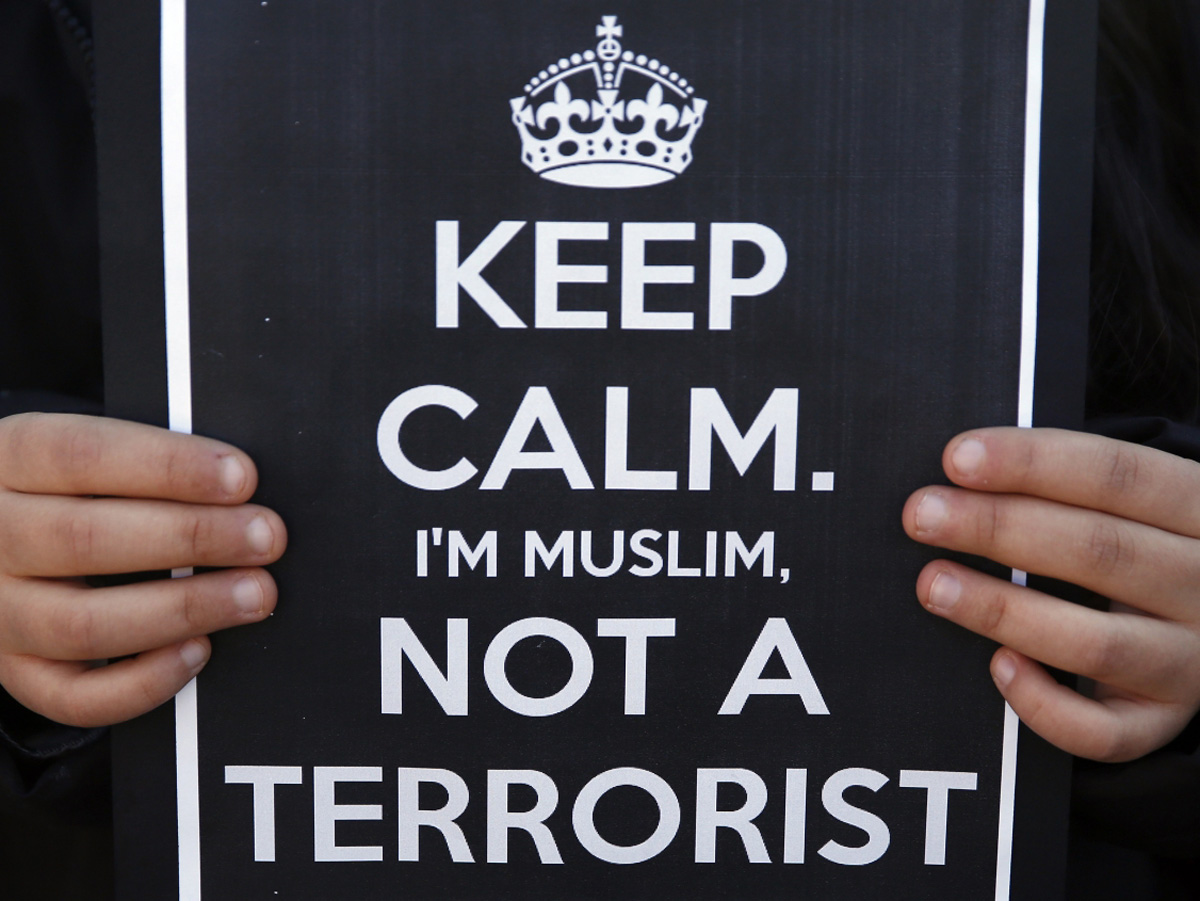 Ayan is sick of her humanity being called into question every time there is a terror attack.

On the 22nd of March 2017, I woke up to multiple news alerts on my phone. I could feel my shoulders tense and my breathing become shallow.

‘Please don’t let it be another terror attack,’ I mumbled.

With sweaty shaking fingers, I dragged down the notifications tab on my phone and my fears were confirmed.

‘Breathe,’ I told myself.

‘Brace yourself,’ I told myself.

It was time to get ready to defend my humanity.

It was time to get ready to defend my very existence.

This feeling of dread is not new to Muslims anywhere in the western world. Since 2001, Muslims across the world have been called upon to explain the behavior of people we’ve never met or spoken to because they call themselves Muslims.

When we get a notification on our phone, watch a news segment or get a worried call from family members, we already know what’s coming. That instinctual fight-or-flight response rears its head and we have to decide whether to jump into the fray to extol our virtues or shrink and hide until the hysteria dies down.

However, there is often little choice in what we do because the discourse often invades every part of our lives. Questions are asked about us and non-Muslims expect answers.

These questions are what I’ve come to refer to in my head as The Humanity Checklist because their express purpose is to question the humanity of Muslims across the world and then to either validate or invalidate it.

Here are three of the most common questions:

Can Muslims Ever Really Function As A Part Of Western Society?

There are so many think pieces based on this question, that it almost makes my eyes roll into the back of my head because the simple answer is yes, we can and we have. The fact, that people need proof that we can ‘function’ in a western society is absurd. Many of us were born and have grown up in the Western world. We go to school and definitely don’t study as much as we should; we have relationships that we wish we didn’t; and we invest way to much of our time watching Netflix. For those of us who migrated here for better lives, we have spent decades building businesses, communities and adding to the cultural fabric of the countries that we now call home and it is insulting that we should ever have to prove that we can function as a part of society but we do, we create videos like the mipsters video which shows young Muslims doing everyday things like skateboarding and riding a motorcycle, so that we can say, ‘look, we are just normal people living our lives, just like you’.

Have You Renounced Terrorism Lately?

Or the more polite, what are you doing to combat terrorism and radicalisation in your communities?

After any major terror attack, this is the question that asked the most.

It is an inescapable facet of any Muslim’s life that they will be asked to show that they are one of the ‘good’ ones by denouncing terrorism. This is dehumanising because the go-to belief for non-Muslims is disbelief that we really oppose terrorism, even when some of the largest mass casualties in terrorism related offences are in our non-western countries of origin.

The crux of this issue is that when you ask this question, what you are really asking us is how different are we ‘really’ from those who have carried out these acts of terror.

Never once seemingly thinking that we could be affected by this violence directly or indirectly despite a mountain of evidence to the contrary. For example, 16-year-old Tasneem Kabir was punched from behind in broad daylight because according to her attacker, ‘she didn’t have a friendly face’ and that he ‘did not like her look’ according to the prosecutor. Her ‘look’ included a headscarf.

More recently, after the terror attack in Westminster a photograph of a Muslim women went viral for walking past a victim of the attack. Subsequently she was the target of a deluge of internet hatred from right-wing trolls and was deemed a monster. Never mind that multiple non-Muslim people walked past the scene and that some were even taking selfies of the tragedy.

The threat of physical harm as well as verbal abuse because we are Muslim is ever present and even more potent after a terror attack. We are constantly aware of the effects of terrorism because these effects have leached into our everyday lives.

Are You A ‘Moderate’ Muslim?

My first thought whenever I hear this question is: what do you mean by moderate?

To respond to this question, we have to first know what you mean when you say moderate.

Do you mean someone who goes about their daily lives in an unobtrusive manner?

Do you mean someone who doesn’t wear a niqab? Or a jilbab or a headscarf?

Do you mean someone who doesn’t go to the mosque or a madrassa?

What you really mean is are you one of us? Are you a good Muslim?

There are over a billion Muslims on the planet and like anyone else who ascribes to any faith, we are not all the same. We are fully formed human beings who all have their own ideas and views on what being Muslim is.

Trying to fit into your narrow definition of a ‘moderate’ Muslim doesn’t allow for any nuance. Trying to contort ourselves into what you deem acceptable is a futile effort because the goalposts are always moving. It just makes it that much easier for people to condemn Muslims for being Muslim.

We understand that we live in a time where safety and security are even more important to people than ever and that for a lot of people Muslim’s are what you are afraid of.

Let me voice a radical thought here: have you ever considered that you are what we are afraid of?

From the proposed Muslim ban to rising Islamophobia to skyrocketing rates of hate crimes against Muslims and the everyday instances of degradation and humiliation that Muslims endure due to how we are perceived due to our faith, we have a lot to be afraid of.

The humanity checklist is just another barrier to people actually seeing us as humans.

Well, for one: You can constantly check the narrative that you and the people around you are pushing when talking about Muslim’s and ask this one simple question, is it harmful?

If you were subject to this type of questioning, would you find it humiliating, degrading and harmful?

If the answer is yes, then it might be time to ask yourself what’s informing your behavior because for a long time we’ve had to do the exact same thing. We’ve had to bear the burden of other people’s sins and have constantly been asked to examine our humanity.

What do you think? Should Muslims have to apologise for all terror attacks? Are we headed towards an Islamophobic society? How  Talk to us: Facebook, Twitter, anywhere else we have conversations…

If you’re a young Muslim in Bristol, you should join the Bristol Muslim Cultural Society Jon’s Bristol is under threat, or he’s just weirdly sentimental about a bridge: you decide.
Bristol / July 31, 2014 / Jon Aitken Ayan Osman is a writer who is obsessed with pop culture, politics and one day crafting the perfect witty retort. She has been trying to craft her imaginary worlds into existence any way she can. She hopes to one day, waste away her days by the sea writing her own grand epic. She tries to live by the quote: "If you are silent about your pain, they'll kill you & say you enjoyed it." - Zora Neale Hurston.