Fillers, Prods and Pokes: How Cosmetic Surgery is Changing Society 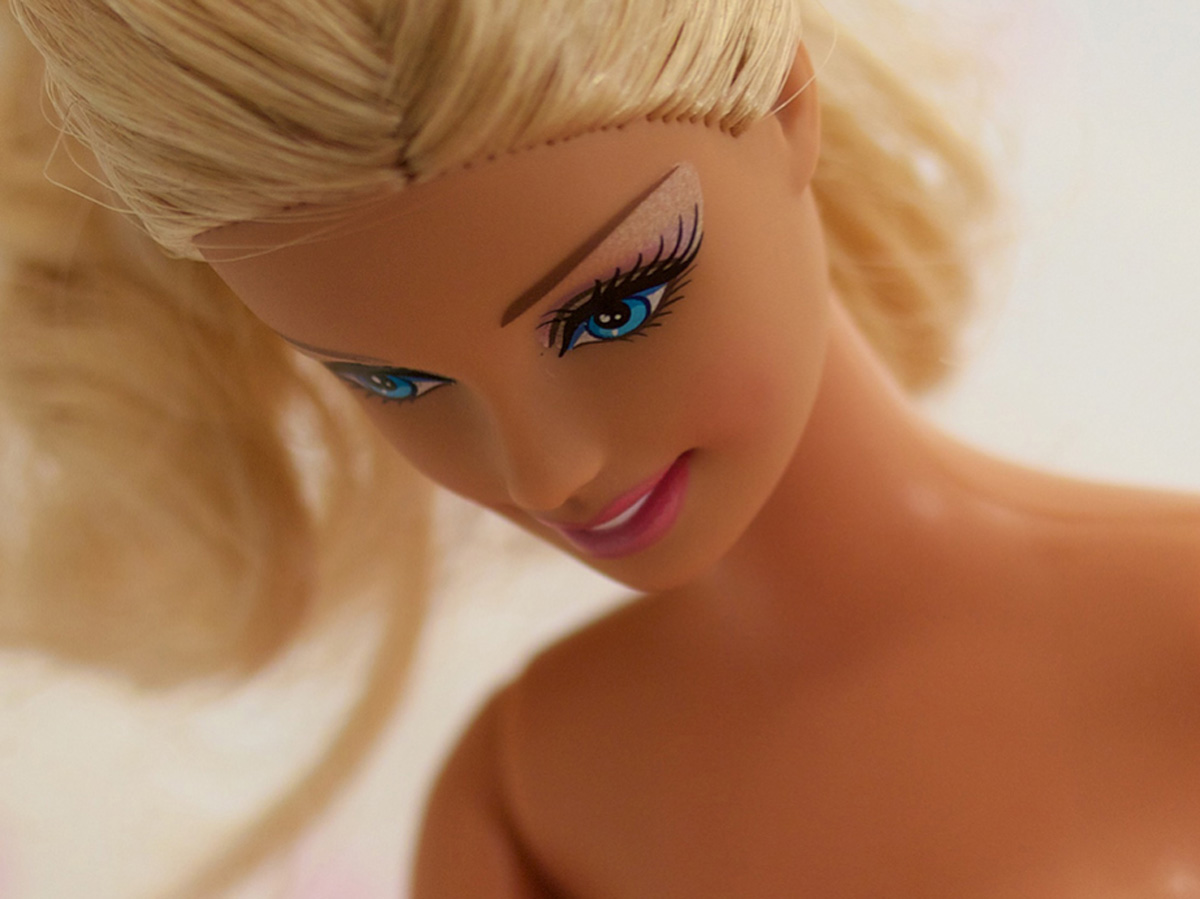 Courtney discussed cosmetic surgery’s new place on the high street and what effect it’s having on young people.

Services are becoming more accessible in the recent years with clinics opening on the high street and mobile botox services coming to your door.

In 2015, liposuction had risen by 20% from the previous year with a total of 5,551 men and women going through the procedure in the UK. While breast augmentation took the lead with 9,652 women making alterations.

Services are becoming more accessible in the recent years with clinics opening on the high street and mobile botox services coming to your door.

Though 2017 has only just begun, it’s very likely that the rising trend of body modifying will continue to inflate, much like the lips of many young girls. Society has evolved. We live in the ‘selfie-age’, where the lighting has to be perfect and our eyebrows on fleek. There is so much pressure on young people to fulfil this idea of ‘perfection’. Our make-up must always look good; our tummies need to be toned and we want our butts to ‘look big in this’. We’re so quick to criticise ourselves and pick out the little things, most of which, only the individual will see. How many times have you looked at a photo of yourself and thought ‘no, my eye looks a bit squinty’, then started obsessing over this one detail, which then led to the scrutinising of various other tiny, unique ‘imperfections’? Far too often in my opinion. How many selfies did it take to get the perfect shot? A CRAZY amount of selfies that’s for sure. For every 39 selfies, there’s maybe one picture that could be edited, a little, before it could even be considered for publishing. (Please note, every selfie must be edited before it’s released on social media). Editing has advanced too, we’re able to airbrush our faces and make ourselves look slimmer… Till we recognise that there’s something we can’t alter through a screen.

Our perception of what is ‘normal’ has been morphed dramatically. We’re led to believe that the girl with those long flowing locks and big lips just woke up looking like a goddess. Or that every guy should have a six pack and chiselled jawline. Society has imposed this common standard of beauty where we’re told that those who don’t fit the bill aren’t beautiful as they are.

Our perception of what is ‘normal’ has been morphed dramatically.

This feeling of isolation has caused a lot of young people to go to dramatic lengths to try and fit a certain criterion. What they often don’t realise is that these ‘quick’ fixes will affect them for a lot longer than the trends will last – both mentally and physically. For example, lip fillers will last between 4-6 months on average. Though this seems like a short-term adaptation, it’s very likely that those going through with it will get top ups. So instead of a quick fix lasting six months, it becomes something you need to enhance twice a year, something as necessary as going to the dentist perhaps. Then after seeing oneself with larger, fuller lips, it’s very likely that young people will get so used to it that they couldn’t possibly fathom the idea of going back to natural. And after getting one thing done, you’ll notice something else. It was so easy to change your lips, why not dabble in the more drastic surgery, why not get your nose done too? Or get bigger boobs? Hey, you could even have your ears reshaped. Eventually, you’ll just go under the knife because you’re bored, so that soon, you don’t even know the person staring back at you in the mirror. This constant criticising of yourself isn’t healthy and needs to be more recognised. You may have ‘fixed’ your lips babe, but your mental health has been ripped apart.

Enhancing one’s body through the help of a surgeon was once left to the rich and famous and was often a taboo subject for discussion. Though in this culture, people are more than happy to discuss the work they’ve had done and post a pic on Instagram with a little injection emoji. Procedures such as breast augmentation or having your lips plumped are becoming increasingly popular and it’s quite alarming how easy it is to access these services. I had assumed that this was where it stopped, that people didn’t like their noses or felt ugly with thin lips… But after speaking to a few friends, I was surprised to find that there’s a lot they’d wish to change about themselves. Until now, I had no idea that upper eyelid reduction was even a thing. Furthermore, what stands in their way is first the cost, followed by the fear of a procedure going wrong or the regret they may have later.

You may have ‘fixed’ your lips babe, but your mental health has been ripped apart.

It was heartbreaking to see that so many people, and so many of my friends, wish to change parts of their bodies. Even my sister, someone who has always been admired for her flawless beauty and incredible figure, still found imperfections in the way she looked. There were two areas in particular which she had always wished to change and she felt as though their appearance was holding her back. This was something that she battled with for a long time until recently, her confidence grew and she realised that these changes aren’t necessary and the risk of ruining herself just isn’t worth it. As she’s grown as a person, she’s decided that she simply doesn’t need it anymore and for that, I’d just like to say how incredibly proud I am of her.

Society’s mentality is to change what we don’t like, and while I agree with this in terms of hairstyle, body weight and lifestyle, cosmetic surgery needs to be seen as a last resort. The effort needs to be made to show young people that it’s okay to love yourself. We’re all individual hybrids of our parents, influenced by ancestry and redefined. Surely that’s something to celebrate. Try vanity first. Look at that selfie and think ‘dayum’.

You are so beautiful.

The shape of your head is exactly right. Your smile is contagious just the way it is and your butt holds the perfect amount of sass.

So what your nose is a little crooked or your lips aren’t as big as Kylie’s?

So what your nose is a little crooked or your lips aren’t as big as Kylie’s? Embrace your tiny tits and be grateful that you can wear cute bikinis and the slinky backless dresses without worrying about a bra. Start loving your ‘flaws’. I can guarantee that those things you hate about yourself are envied by others. Don’t aspire to look like the people you see on Instagram, the world would be SO dull if everyone looked the same. But I’m not gonna be a hypocrite. I’m not going to say that growing up, I’ve always looked in the mirror and admired the divinity staring back at me. I’ve always battled with my appearance and wished I was as skinny as my sister. I had always hated my chubby cheeks and yeah, it’s kinda weird that I only have one dimple but I’ve come to realise that that’s what makes me me. If we change ourselves so dramatically, we’re going to lose touch of the person we once were.

You are perfect in your individuality, your flaws and imperfections. Love yourself, be vain and be proud.

**Inspiring quote to think about: ‘just because you don’t look like somebody who you think is attractive doesn’t mean you aren’t attractive. Flowers are pretty but so are Christmas lights and they look nothing alike.’**

If you want someone to talk to about body issues, check out Project Zazi Pokemon Go, currently the most popular game on the planet, is dividing opinion.
Lifestyle / July 19, 2016 / Sofia_Brooke Hi guys, my name’s Courtney. I come from a tiny village in Surrey, which has a bus running once every two hours. I work in a pub in my little village and absolutely love it. I had always believed I was a tea kind of person, till I fell in love with the coffee machine at work. It was then that I realised that lattes were my jam. I’m a huge fan of Disney and could easily watch ‘The Little Mermaid’ on repeat for days. I dyed my hair red, so I now feel super close to my gal. I’m currently working through my final year at UWE studying English with Writing, whilst participating in a 5-week placement at Rife. I write about films for my blog, which gives me a great excuse to watch as many movies as I can whilst claiming it’s for research and very beneficial. I’m a bit of a Twitter addict, telling as many people as I can about stuff they probably don’t care about. Why Do We Crave Happy Endings?

Courtney wants to know whether films should be realistic or escapist and why audiences need for things to end optimistically.
Film / February 3, 2017 / Courtney Rodrigues The First Date: Expectations Vs Reality

Courtney is here with a tale of one of her worst first dates, hoping it will act as a warning...
Lifestyle / March 20, 2017 / Courtney Rodrigues
<PreviousNext>