FEATURE: Making Millions For Others While Living On Pot Noodles 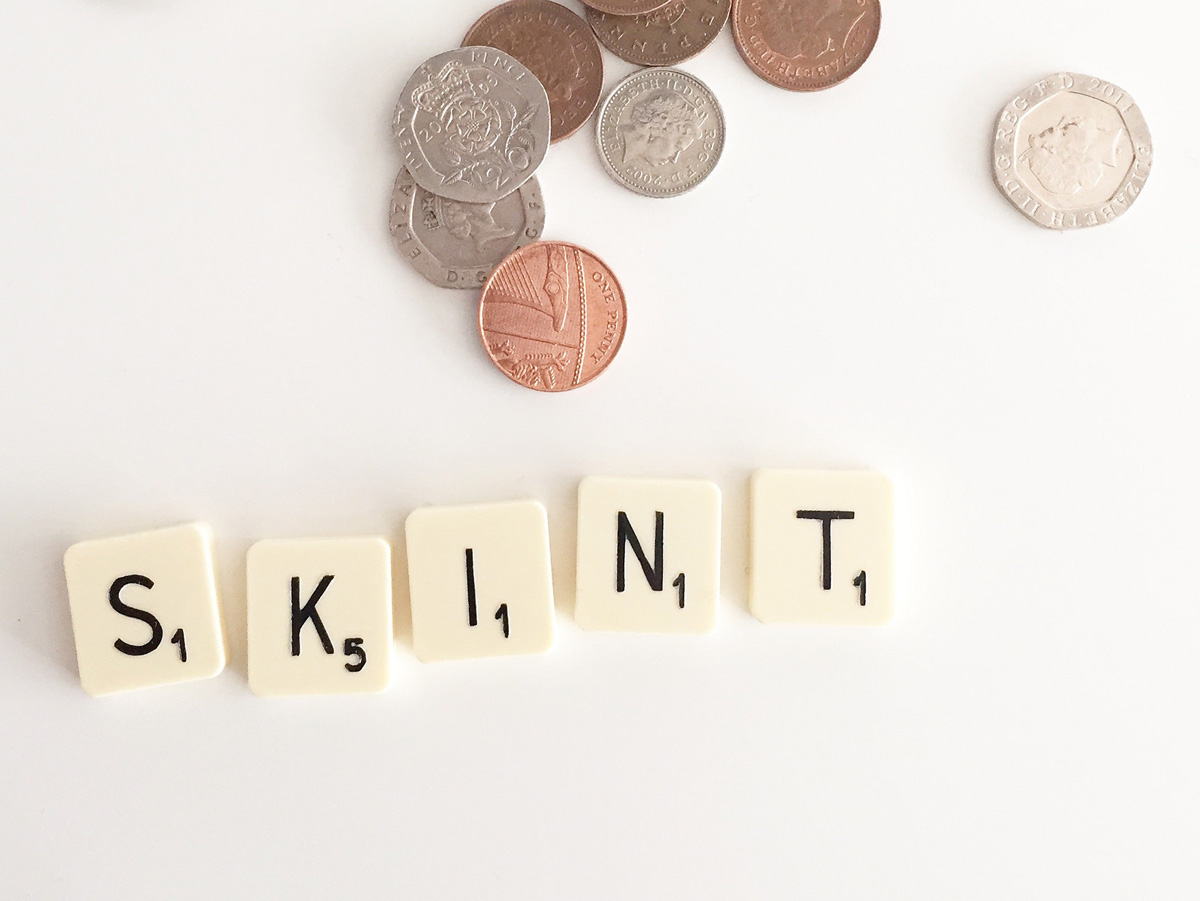 When Jessica got her dream writing job, she didn’t expect to live hand-to-mouth while making millions for her boss.

Fresh-faced, just off the podium from journalism school graduation, and ready to work for anyone that would have me.

Fresh-faced, just off the podium from journalism school graduation, and ready to work for anyone that would have me. That was the person I was last year when I entered full time, grown-up employment as a content executive for a high profile professional services company. Essentially, the job involved me being a writer for the super-rich, making their online footprint invisible, or at least less shady. However, this glamorous lifestyle I had envisioned never materialized. Fast-forward eight months, and I was at the end of my tether, barely making ends meet and looking significantly more zombified. This was not the situation I’d expected.

It began in a place called Clackmannanshire, where my first job was when I was 15 in a café for £3.50 an hour. I felt like a baller, buying Primark’s finest with my own money. Then, through uni, a series of okay-paid, low-paid, and unpaid work with the general consensus that if it was related to my degree, I would likely have to do stuff for free. My fault for getting into journalism, though, and with student loans to help me out I always got by.

As with many a country bumpkin, I decided that I needed to move to the big city once I graduated. Easier said than done, however, and despite having a good degree and a load of experience, I still fired off hundreds of applications and heard back from very few. So, when I heard back from a company that specialised in online reputation management I brought my a-game. I wore a Diane Von Furstenberg dress (eBay bargain), changed my hair colour from pink and green to a demure blonde, and went in there like I didn’t have £15 left in my current account.

I felt like a baller, buying Primark’s finest with my own money.

It felt like I was finally about to step into the future I’d dreamed of through all the final year all-nighters and literal tears over my dissertation (yup, that will come to you too). It was unlikely that I’d be living the Sex and the City lifestyle on my first job, but I’d wanted to be a writer since I could hold a pen – finally it seemed like I’d arrived.

The building was incredible; it was in the posh bit of the city. There were golden lions by the gates and a concierge – essentially, we weren’t in Kansas no more. It went well, but the part I remember most was one of the senior managers asking me what my parents did for a living. Was that necessary? Legal, even? I’m not sure. I do know that it was seriously awkward telling him my dad cleans trains and my mum answers the phones at the council. ‘Oh. Lovely,’ said the man who probably didn’t even clean his own house or answer his own phone.

When I found out I’d got the job I didn’t even ask about the salary. I figured somewhere fancy like that would have great pay. It’s the most expensive square on the monopoly board after all. I got the number in the formal offer letter, and while it wasn’t the best it was doable. Or so I thought.

I spent my time in the office endlessly writing articles that ended up somewhere on the web.

I was hyped moving away from home, and once I’d found a shared flat I definitely felt like I was living the dream. But you soon realise just how quickly £1,300 a month can go. Rent: £640, utilities: £100, travel: £130. Then there were the debt repayments for the credit card that had kept me going after graduation. Then there was the cost of actually living in one of the most expensive cities in the world. Not going to lie, the first time I paid a fiver for a pint, I had to hold back a tear.

It was a hard pill to swallow, working for clients who were literally billionaires and having to penny-pinch. I’d often bring instant noodles into work for lunch, and higher up staff members would laugh while I made the excuse that I was just really craving them – hiding the fact it was all I could realistically afford. This city is a bubble, and so is the finance industry.

The tasks seemed like something a robot could do, but unfortunately for me that robot hadn’t been invented yet. I spent my time in the office endlessly writing articles that ended up somewhere on the web. The target time for an article was thirty minutes, which people still don’t believe unless they worked there with me. The unpaid overtime crippling too, and necessary if there had been meetings or you were sick and couldn’t make your weekly target. I couldn’t count the amount of times I’d come in when it was too late for dinner, eat a bowl of cereal and just flop into bed exhausted. Fake it til you make it, I thought. But so many of my peers had their parents helping them with rent or stayed in a house owned by a relative. It was hard to pretend I wasn’t struggling to make ends meet all by myself, and when things like going to the dentist came around I’d be wracked with fear in case I had to have costly treatment. When things like that would arise, I’d sell things: A games console bought as a Christmas present; a pair of shoes from my gradation; my old prom dress.

My first (and only) Christmas working there, we went to a champagne bar with Laurent-Perrier flowing. Then, on to a private dining experience with Apple Watches sitting on our plates as gifts. There were VIP tables for us everywhere we went, and I couldn’t help but think how far removed this was from my day-to-day life. The budget for that party must’ve been close to my annual salary. I sold the Apple Watch to make some spare cash, and I know other members of staff did the same. While senior management were posturing and showing what an exclusive company they were, I wonder if they realised just how patronising this whole charade was for those of us starting out.

I wonder if they realised just how patronising this whole charade was for those of us starting out.

The final straw was when a colleague of mine asked for a raise in his appraisal. He had designed a piece of software saving thousands a month for the company and stated his case professionally. All he wanted was industry standard wages for the job, and having proven himself for a year as a valuable employee this should’ve been afforded. He handed in his notice that week after being told that perhaps next year they might consider. My resignation followed shortly after. I worked out afterwards that my time was worth over a hundred pounds an hour, but if I factored in all the unpaid overtime I’d been doing, I wasn’t even making living wage.

Here’s the problem. There are a hundred hungry graduates for every semi-creative job. We’ve all been told: “work hard and it’ll pay off”. But for companies it’s about the bottom line, and if they can get someone in who’s blinded by the lights of the big city, grateful for the offer and keen to impress and not make waves – Perfect.

The state of employment for young people is shocking. Unpaid internships and zero hour contracts are now the rule rather than the exception. A survey by Career Builder found that one third of British workers live paycheck to paycheck, and let’s not even talk about the fact that food banks exist. This is no longer the world our parents grew up in, when learning a skill and doing well has a monetary value. Everyone is replaceable to the powers that be.

Yet, despite such a bleak view, it’s clear that something needs to change. Mega-rich Sports Direct boss Mike Ashley has finally been taken to task on his appalling treatment of workers, and Theresa May has just commissioned a review of workers’ rights. We need to lead these changes, though, so to all the young grads out there – you’re worth more than you think.

I went into the working world with the attitude of ‘anything’s better than nothing’ but this shouldn’t be the case. You’ve done your time studying, you have the debt to show for it, and you’ve hopefully been accruing all the experience you can. Instead of thinking you shouldn’t rock the boat in case it’s impolite or improper, be aware that for every one of us who says enough is enough, another CEO or MD is being made to think about the disparity of pay from the bottom upward.

Take it from me, there are only so many instant noodles one strung-out grad can stomach.

Check out Cashpointers, a finance and money management service for young people in social housing

This article was made possible with funding from Cashpointers.

What are your money-saving tips? Let us know @rifemag How Unpaid Internships Make Sure The Rich Keep Getting Richer

Ever feel like you're being kicked down a very long flight of stairs?
Social Issues / March 12, 2015 / Sammy Jones Holly talks to some experts about ways to save money, set yourself budgets and count pennies, because, as Simply Red...
Lifestyle / March 2, 2016 / Holly Muse Jess spends her time working for 'the man' while secretly plotting the revolution. Find her at any time of day or night wearing a ridiculous coat with a sandwich in her hand. She has previously written for Gay Times, Hiskind and Pretty 52 where her usage of GIFs knows no bounds. Tweet her at @JessWritesGood.