BFI BLACK STAR: Ageing Through The Ages Of Black Film

Grace explores how we grew up on black film and what she learned about herself from decades of black cinema.

Soon my entertainment sources became a form of education.

There are films that are so entrancing you can’t help but be changed after seeing them. I won’t say film raised me (my parents focused all their energy on my every move), but it proved a way of shutting me and my siblings up. Soon my entertainment sources became a form of education.

Alongside martial arts films and John Hughes, black films were our favourite. We got the stories and most of the jokes. It was easy. Not only because it connected to our heritage, but it helped. It was nice to see stories we could relate to. It gave us more to chew on than unwelcome immigrants, single mums, gangsters, entertainers and sportspeople we portrayed in mainstream cinema. That’s why I celebrate every decade and genre of black-led cinema as a golden age. Every era offered something new. 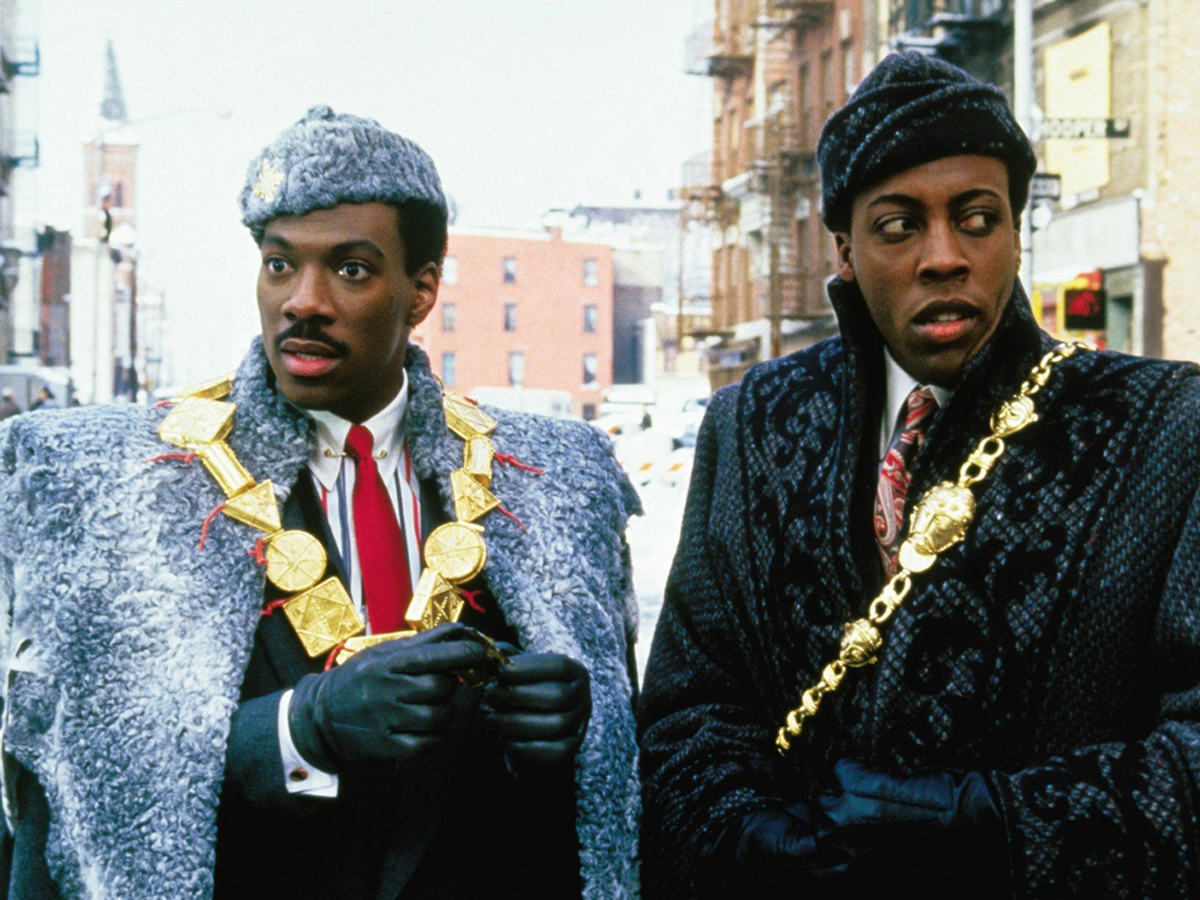 In the dark of our living room, Eddie Murphy, Samuel L Jackson, and Richard Pryor were masters of the ‘80s. They were global stars, never mind Black Stars. Their larger-than life comedic roles were obvious successes, but so were the electric performances that showed their emotional range. Watching them never felt like a privilege. Back then, (when life seemed simpler and a lot less racist) their success was obvious. They were talented, which made their starring roles a no-brainer. Now that I realise that the bulk of the film industry didn’t and still doesn’t represent or reward people of colour, I respect them even more. Seeing them felt ordinary. It’s that level of visibility that meant feeling black and unimportant was never an option.

And it helped that they were as black as black could be. They were loud, unapologetic and they served it to mass audiences. ‘Coming to America’ is still unbelievable to me. Written and starring Eddie Murphy in more than one role, it united African-American life with Africanness and managed to be good. I had never seen this before. The king and queen of Zamunda were affluent and beloved rulers. Beside them appeared the McDowells, an ‘all-American’ family with a flourishing business and high prospects. Neither were perfect. The royal couple were encroaching and snooty. Meanwhile, Mr. McDowell didn’t want a seemingly poor African man ruining his daughter’s chances. But against the odds their black children fell in love against the backdrop of Queens, New York and got to live happily ever after, like all fictional white families in films. How often did we get happy endings? Or complete family units? Coming to America levelled the playing field. We got to be black and as close to perfect as everyone else.

We got to be black and as close to perfect as everyone else.

But what about the women? The 90s was dominated by Nia Long, Vivica Fox, Jada Pinkett Smith and countless other smart, funny, and stunning black actresses. Their reach was incredible. Long featured in ten black-led films over the decade, whilst also managing a four-year stint on ‘The Fresh Prince Of Bel-Air’. Meanwhile Fox and Pinkett Smith gave career defining performances in ‘Set It Off’. Joined by Queen Latifah and Kimberley Elise, it explored the relationship between four female protagonists as they planned a bank heist. They pulled off an acclaimed performance. Stephen Holden of the New York Times called it  ‘poignantly impassioned’, and admired how he ‘never for a second [lost] empathy’ for the robbers. As the ultimate combination of black women in compelling roles, written for them by a black woman-man duo, it was monumental just by its existence and still is a timeless classic.

African-American cinema could teach you almost anything, even the electric slide (‘Best Man’s Wedding’). However, it could never touch the black British experience.

When ‘Kidulthood’ finally came around, it became the touchstone for the state of society. Coming-of-age in 2000s Britain looked exactly like it. Mingling identities, trying to stay out of trouble and finding garms for the next house party. Whilst critics lambasted Noel Clarke for glamourising violence, underage sex and drug taking, the story of Trife and his friends offered graphic realities of life and death. A lot of people couldn’t escape that experience. The pain of gun and knife violence that robbed families and friends of loved ones wasn’t fictional. Neither was the painful deaths of young people who take their lives. However, it wasn’t grisly for the sake of it. The story reached those untouched too. It brought insight and empathy, which is precisely what film is about. 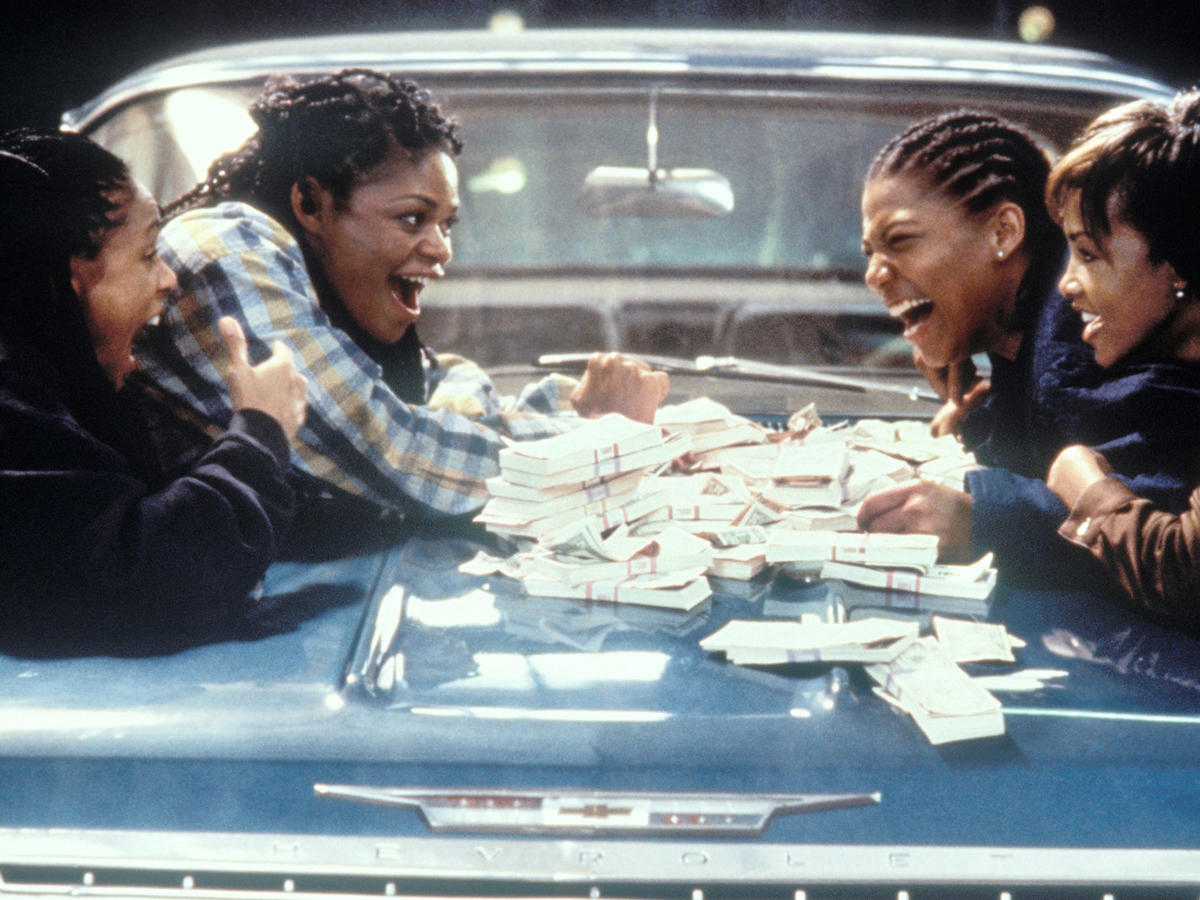 To date, the landscape of black film is wider than ever. From queer thriller ‘Tangerine’, to the moving depth of ‘Moonlight’, and Amma Asante’s ‘Belle’ (a film that proves you can wear corsets and prance around stately homes without pretending black people didn’t exist) there couldn’t be a better time to watch black cinema. Intentional or not, the experience of being us seeps into our art. And as that continues to develop and change with time, film will follow. Christmas Traditions: What Are Yours?

For those who celebrate, Christmas Day seems pretty much the same.
Lifestyle / December 22, 2015 / Grace Shutti Behind The Seams: Shop Dutty

Grace knew very little about fashion so she spoke to team Shop Dutty to learn how they got started and...
Fashion / November 20, 2015 / Grace Shutti
<PreviousNext>