Reba discusses the importance of representation on screen in the wake of BFI’s new Black Star season.

‘…if you want to make a human being into a monster, deny them, at the cultural level, any reflection of themselves’

Junot Diaz expressed how it feels to not been seen in popular culture best when he explained that vampires don’t have reflections in mirrors, that ‘if you want to make a human being into a monster, deny them, at the cultural level, any reflection of themselves‘.

I am studying film for the first time in formal education at university, and having to read and watch away from my own list which I curated for myself over the last few years. I feel like I’ve suddenly been confronted with the #OscarsSoWhite hashtag in real life. Out of our 51-book  reading list, only one writer isn’t white and I can count the female authors on my hand too. Not to mention the weekly film screenings that have a combined grand total of zero black directors and leading characters. When I asked a teacher about this she told me she hadn’t even realised, and awkwardly said they would bring it up at the next meeting.

The people behind the camera are just as important as those in front. For me and other young aspiring black artists and filmmakers it can be hard to find role models and people who look like us on and off screen. Dionne Edwards, director of ‘We Love Moses’, which is screening this weekend as part of Black Lives on Film, said in a BFI interview about being a black, LGBTQ, female filmmaker that ‘there’s pressure of depicting a community that is often misrepresented‘. She means that in an area where there is a lack of representation, every representation carries more importance and impact. Edwards continues that ‘You could argue that many straight white male storytellers, for example, have the freedom to depict a whole spectrum of characters, even the most despicable anti-heroes and make them three dimensional and memorable without the same kind of baggage.’

‘You could argue that many straight white male storytellers, for example, have the freedom to depict a whole spectrum of characters…’

Her short film ‘We Love Moses’ is honest and her understanding and lived experience means it doesn’t feel exploitative. It’s her unique experience and voice which makes her work unique and interesting. This isn’t to say that people can only create art about themselves and their own experiences, because there are some wonderfully empathetic films out there – but everyone is different and has a different perspective. Film is an exercise in empathy and it shouldn’t exclude narratives or create a dangerous single story narrative about certain groups and identities.

The perspective I have as a woman of colour makes me feel like an invisible monster every time a lecturer skirts around the topic of race, I wanted to scream the time one said ‘interesting history of trading’ rather than saying the word ‘colonialism’. Did no one else cringe when a teacher described an African female character as ‘exotic’? Do the non-black people in my class genuinely not notice that this is a problem, or do they not even care?

In this image flooded world we all live in, what we see matters. There are ideologies behind every movie, intentional or not. They affect us all even if we think we’re aware of them. Movies are so immersive they usually force some sort of emotional response out of us; crying, laughing, cringing, longing, we feel it in a dark room of strangers as a shared experience. How many times do you use movies in conversation as a reference point? As a way to help people understand, “it’s just like in that movie when…”. Movies of the past are referenced again and again, pop culture literally relies on us all watching films and tweeting about them. If black people don’t have a space to create and tell their own stories, will we only be remembered as stereotypes, as token supporting characters? 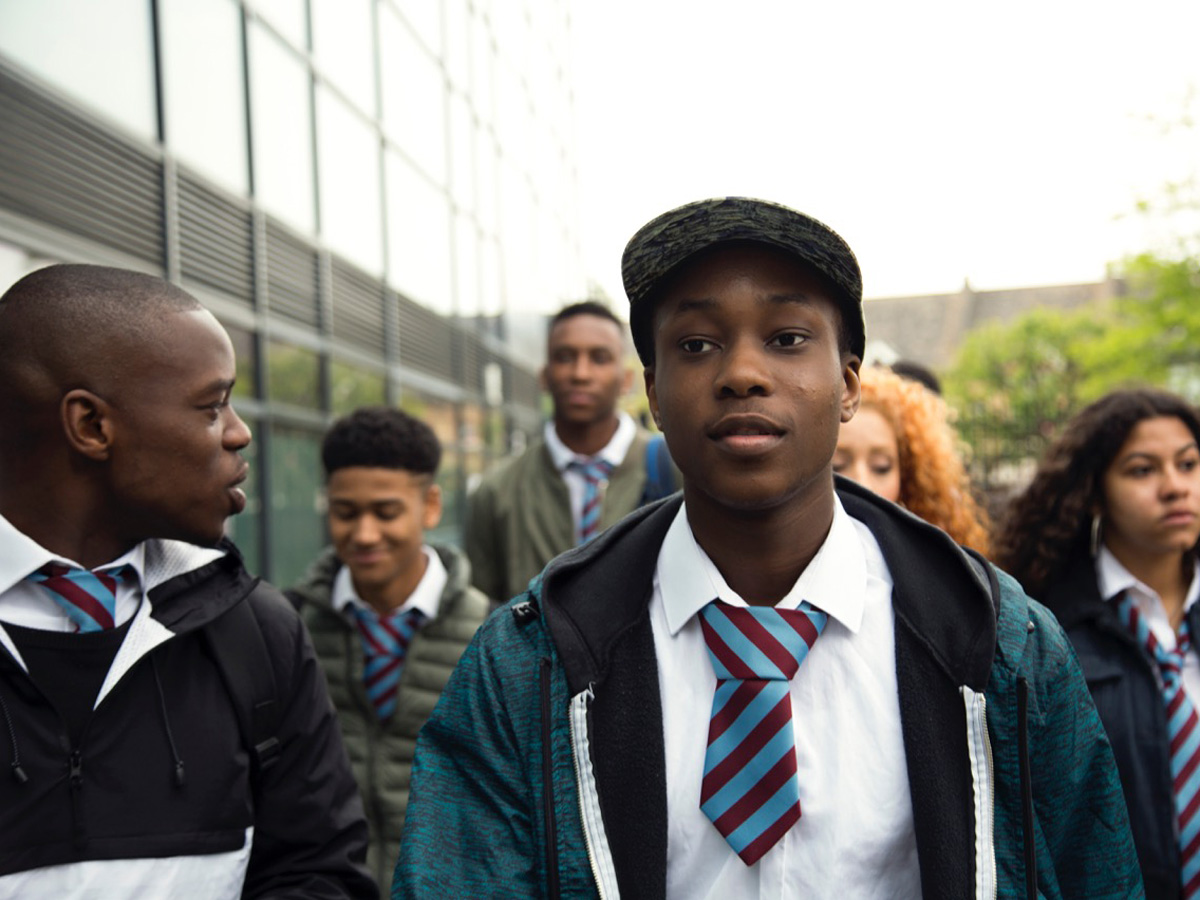 This exclusion is nothing new, writers like bell hooks has been writing about race, sex, and class in movies since the 90’s. But it feels like a fresh discussion – an overdue one I think is happening thanks to social media. For so many years, big production companies have been gate keepers, because of that there’s a lack of black directors, writers, and critics in the film world, and this affects what we see and what we think about It. Now minorities have a (free) space to tweet and share images or videos we’ve made. Crowdfunding has helped films like ‘Dear White People’, and Instagram has let The Art Hoe Collective thrive.

MUSIC & PERFORMING ARTS Safra Tadesse safra-tadesse.tumblr.com she/her/they/them Ethiopian American me (this was an improve piece) I’ve always been interested to contemporary/experimental dancing, which takes away the technique and adds a lot of the emotion. My way of performing is to express my ways of letting go and moving forward. I practice through what my human body has given me to move in. Utilizing space and time, I control the set environment with whatever comes to mind. I’ve also seen a lack of POC in contemporary/ experimental dancers and doing so I love to be a representation of what moving in a black body feels like and also empowering other young girls to do the same and share their creativity.

In ‘Beverly’, another film showing as part of black star, the title character, a young mixed race girl struggles to find her place and her people with the same tastes in 70’s England. She has to actually physically cycle around to make friends with common interests, whereas all I had to do was click around a bit to find a group of similarly film and justice obsessed ladies. It seems barbaric to have to put yourself out there physically like that, as if being a teenager isn’t hard enough! I felt so sympathetic, seeing her struggle to fit in and express herself. Luckily, I can find films like Aisha Sanyang Meek’s wonderful Hairitage, I can see there are people out there who felt different in the same way and are making amazing art about it. Aisha’s confidence and creativity is inspiring and cathartic to watch.

Most people go to the movies to escape, to see the real world changed into something more magical. And like it or not, watching films teaches us things – the images we seen on screen give us a sort of filter for how we see the world. Guillermo Del Toro compares the cinema to church, it distracts us from and helps us navigate the world and where we fit. Black Star is a season that gives a place for all the stories often left out of the narrative.

Reba is an occasional contributor to Nocturnal Magazine A Playlist For The Nocturnal Folk

For those who have trouble sleeping, Antonia has compiled a playlist to ease you through the night.  Here at Rife...
Music / February 11, 2016 / Antonia Odunlami Black Lives Matter: Why It's More Than Just A Hashtag

'A Love Letter To Black People' – Jasmine explores the relevance of Black Lives Matter and how it’s manifested itself...
Social Issues / May 14, 2016 / Jasmine Thompson Reba Martin is a tiny 19 year old from Bristol who spends most her time being a film student in Manchester. Her obsessions (other than movies) include music, pop culture, art, and justice. She is an aspiring filmmaker and writer, and has written for Screen Queens and Nocturnal Magazine. Her work can be found at http://reba-martin.tumblr.com/