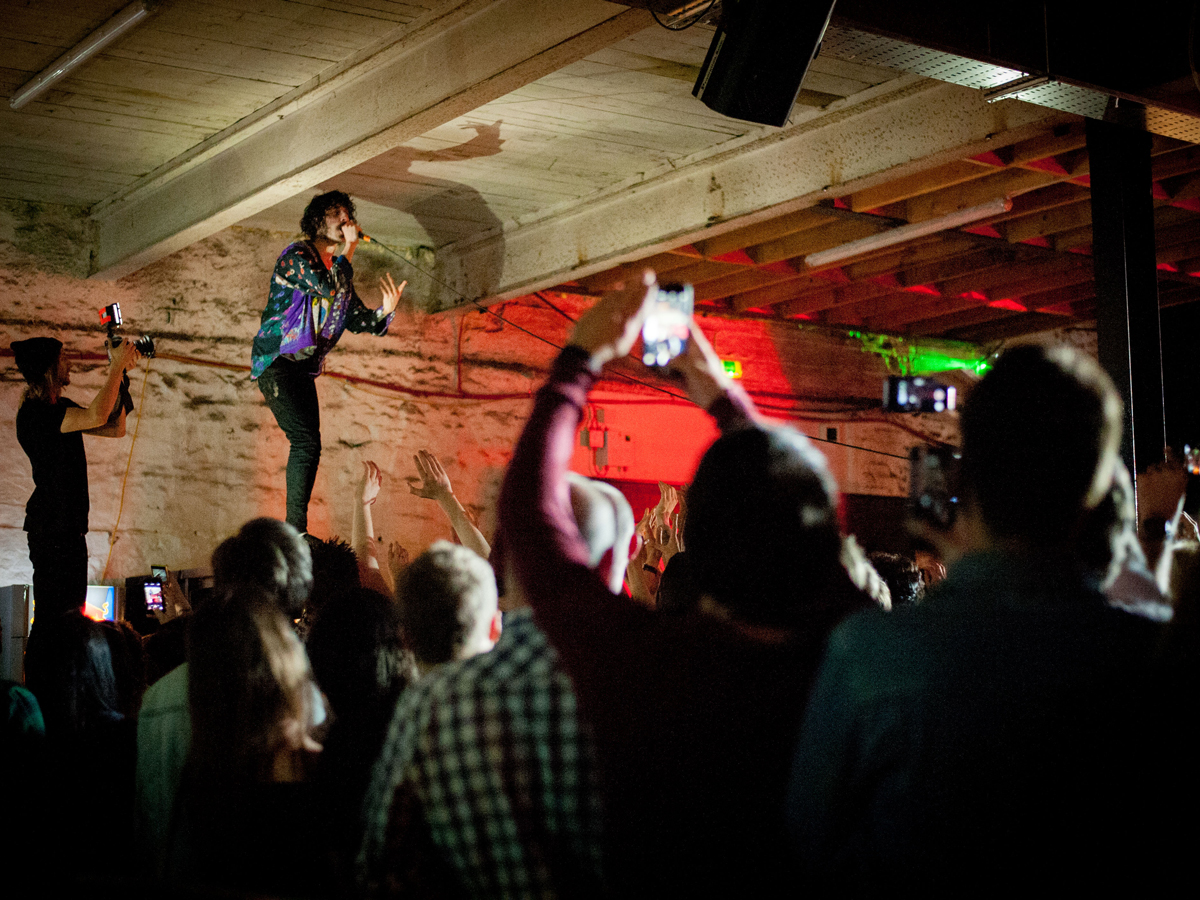 Music obsessive Laurie has some very exciting bands to tell you about.

Bristol has always been a city full of exciting and interesting minds that have new ideas, whether that be a new form of graffiti or a new subgenre of music. Some great bands have come out of Bristol, such as the terrific trip-hop group, Massive Attack and the old school reggae band, Black Roots. I think there are so many brilliant undiscovered bands in Bristol I just had to delve in to Bristol’s most exciting new bands.

If you’re an underground hip-hop head then you will have definitely heard of Bristol’s own Wu Tang Clan, Split Prophets. They have been taking over Bristol’s hip-hop scene for many years. They are always bringing out exciting new projects, but most recently they have released their new EP, ‘Delta Bravo Kilo’. I have been lucky enough to see them live, and I have to say the energy on stage is mesmerizing and the relatable lyrics for the youth of Bristol are awesome.

Rebecca Clements is a Bristol-born singer-songwriter, who has been hot talk for a while, with her single ‘Love Child’ , which has appeared on BBC Introducing. I would describe her vocal tone as a Bristolian Lana Del Rey. You can really hear her authentic accent throughout her songs, which I believe is lacking in the mainstream music industry today. This year alone I think she could expand her fanbase and become a serious contender for many radio plays throughout Bristol and other parts of the South West.

The hard rock scene has never been shy in Bristol, Turbowolf have proved that. Turbowolf have been an active band since 2008, but have shined a new light on Bristol with their newest and, I reckon, best album ‘Two Heads’. Turbowolf will be representing Bristol as they have been invited to play Download Festival this year and rightly so. If their gigs are anything like I’ve heard, then expect to be covered in sweat at the end of the night and feeling a bit like you were beaten up by your old school bully.

The experimental electronic bass infused indie band, The Naturals are really something different. A band that were influenced by The Cure and Foals, I am very excited to see what more they can contribute to Bristol’s Music Scene and the indie scene this year. Their two newest releases are ‘Axe’ and ‘The Rose’, which are both two brilliant songs. Their music videos are very hypnotizing I find,and also very experimental which is intriguing for anyone who’s watching. I think they definitely could be a successful upcoming band this year, I hope they surprise me.

Buggsy had been a big face in Bristol’s hip hop scene for nearly five years now, and has collaborated with the likes of Congo Natty. He released his iconic music video for ‘Bris Ting’, which is his best work by far, in 2011. Buggsy can definitely flow, there’s no doubt about that. That’s maybe why he’s called the grimey bass single that he dropped late last year ‘Free Flow’ . His delivery reminds me of American Rapper Busta Rhymes’, fast and furious. Buggsy is someone to watch this year, hip-hop heads.

Someone to really keep your eye on this year are the nominees for the feel-good band award for UK festivals in 2008, Babyhead. They have been dominating the festival scene for years with their nod-your-head, hip hop, ska infused music. 2016 is their year to go national as they have announced tour dates for the launch of their new album, ‘Stage Invasion’.

With funk in this band’s name you’d expect to hear funky tunes, and they don’t disappoint. The Funkensteins is a three-piece band with melodic tight riffs that will get you off your feet dancing for sure. One of my favs from this band is called ‘Freak Willy’, which has the rhythm of a Stone roses song and a melody of Jeff beck’s guitar.

I hope I’ve inspired a whole bunch of you to explore these awesome up and coming artists. Who knows? One day they could be headlining Glasto or getting their lawyer to sue record companies for stealing their melodies. Whatever they achieve, I’m just proud to say that they are from the city I was brought up in, Bristol. If you want to check out upcoming gigs in Bristol, go here

Got suggestions for your favourite musicians in Bristol? Let us know – @rifemag or Rife Magazine

For all things music-related in Bristol, head here on the Rife Guide The Great Thing About Electro-Swing Bristol Bands to Get Totally Psyched for in 2015 Laurie meets the lead singer of up-and-coming band, Lovepet Horror, to get some advice on how other bands in Bristol...
Music / September 7, 2016 / Laurie Cooper
<PreviousNext>