Beyoncé’s ‘Lemonade’ And My Black Body 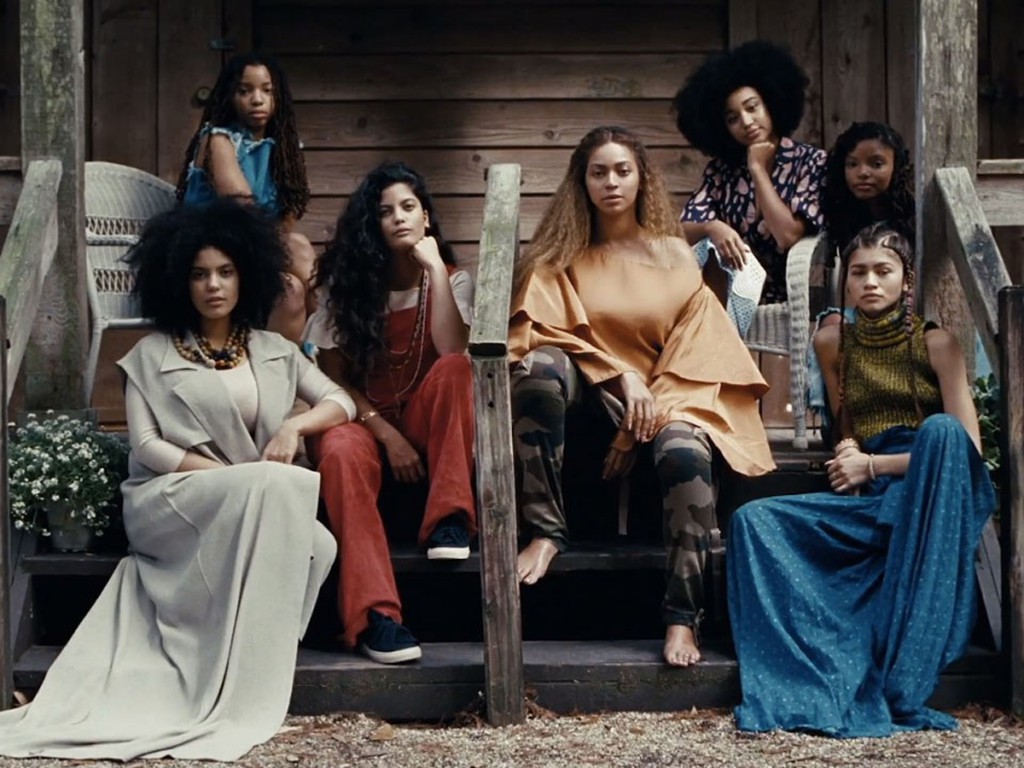 So obviously everyone from Barack Obama to your nan’s cousin once removed has seen Beyoncé’s ‘Lemonade’ and has had been blown away with excitement and her sweet Bey-hive honey. Now I’ve had a few weeks to let it sink in I’ve realised that the affect the album has had on me has been much more personal, because it has made me think about my body and the ways the media depicts what my black body is.

It has made me think about my body and the ways the media depicts what my black body is.

An image that stood out for me was from the spoken word in video two, where Bey recites, ‘I saw the devil…thickened skin on my feet, I bathed in bleach…’

We see Beyoncé floating in a gothic room filled with water, flashes of her blood red dress. The scene captures the idea of a resurrection and the letting go of the expected physical maintenance that permit black women their respect and approval, from the black community and the white community.

…letting go of the expected physical maintenance that allow black women their respect and approval, from the black community and the white community.

For example, hair done nicely. Tucked tightly, or if one is going to wear it out, it has to be oiled and not a ‘picky’ Afro. Skin always creamed. God forbid it looks cracked and scaly.

I remember being terrified of not getting my hair oily enough before school, in case I was to be penalised for having ‘crusty’ hair. Or if I forgot my cocoa butter on Thursdays, for sports, I would rub spit on my ankles so they wouldn’t look dry, something that my white friends never had to worry about.

Beyoncé captures the pressure of keeping up this ideology and the fear of being refused acceptance if you don’t. I have to remind myself that, if today, I feel like leaving my hair the way I slept on it (which is flat on one side) I still deserve respect and I’m not letting the side down… which is why promoting awareness about the distorted attitude society has towards black bodies is integral on our journey to equality.

If I feel like leaving my hair the way I slept on it (which is flat on one side) I still deserve respect and I’m not letting the side down..

So bringing images of black bodies into the mainstream media in an un-sexualised, non-violent way is kinda’ super helpful. Thanks Beyoncé.

In ‘Lemonade’, there is a section where we see a group of black women walking in the nude, through a meadow away from the camera. This caught the natural beauty of just being human… and black…and a woman. Which has not been present in the media very much, whether the de-humanisation has been shown through earlier violence of mutilation of black bodies during lynching culture, where body parts were stored as souvenirs, to more current micro-aggressions such as the sexualisation of black men’s bodies and the fetish for their genital size.

Fundamental empowerment of one’s body has been denied, which is why that tiny section is really important to me, giving me my hugely anticipated black girl’s coming-of-age, strolling through the grass naked, one with nature empowered snapshot… Cheers B. I’ve been waiting a long time for that…seriously.

Cheers B. I’ve been waiting a long time for that…seriously.

Every day is a personal challenge to claim back what my black body means to me, again, again and again.

A challenge that I feel supported by when I watch Beyonce’s video and all the incredible shapes and transformations her black body makes, with the assistance of inspirations like Michaela Deprince, ballet dancer, Serena Williams, tennis player and Aisha Sanyang- Meek, writer ( if you didn’t spot me in the video at first, look again and you’ll see me between the grass blades in the meadow).

The Unity Youth Forum is a great space for BAME voices to be heard. Critically-acclaimed indie film, ‘Diary of a Teenage Girl’, has been given an 18 certificate in the UK.
Film / August 24, 2015 / Yero Timi-Biu Eight Tweets That Are Really Poetry As Aisha pursues her dream of becoming a professional performer, she looks back at where the obsession came from.
Lifestyle / May 31, 2016 / Aisha Sanyang-Meek Combing my two loves of  POETRY and  DANCE looks like…THIS I wanted to learn the disciplines of ballet technique...
Arts/Culture / June 16, 2016 / Aisha Sanyang-Meek