Joe Moon charts the success of the UK battle rap scene and why Don’t Flop nights are selling out up and down the country.

…one often-overlooked by-product of the genre is the underground movement of British battle rap.

Rap music in the UK is going from strength to strength, with London grime artist Stormzy’s recent surprise chart success – and countless other forays into the mainstream by British rappers – it would be silly to disregard the genre when millions are streaming and downloading. Despite this, one often-overlooked by-product of the genre is the underground movement of British battle rap.

The only real mainstream exposure that battle rap has received, in the last decade or so, was in the 2002 film, ‘8 Mile’ starring Eminem. This gave viewers a partially autobiographical depiction of the rapper’s life as a teenager in Detroit. We get to see Eminem competing in spontaneous rap battles throughout the film, during which he goes back and forth, ‘freestyling’ insults against his opponents. 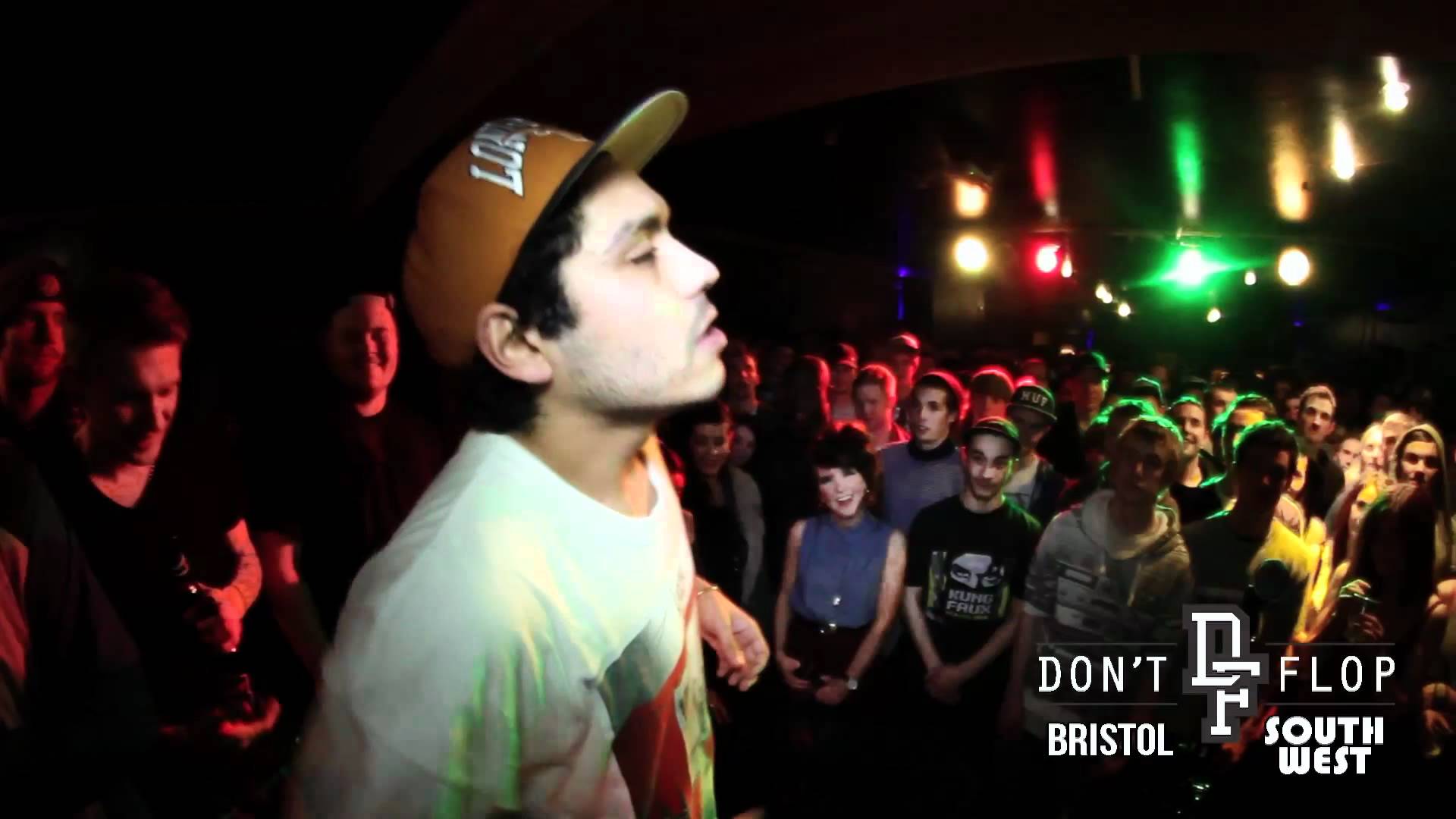 Traditionally, rap battles were freestyle competitions, with opponents finding ways to creatively insult each other with rhymes they make up on the spot. Though this is how it started, as spontaneous one-upmanship raps, nowadays, most rappers pre-plan and pre-write their lyrics. This helps the rappers be more creative and intricate with their rhymes, allowing for more complex, visual and creative writing and more intricate lyricism. The rappers must memorise three two-minute rounds of content, with the competitors taking turns to rap their respective rounds to each other. This gives the opportunity for either of the battlers to freestyle about their adversary at the beginning of rounds (known in the battle rap world as a ‘rebuttal’). The best battles are often planned weeks or even months in advance to ensure the competitors have a lengthy amount of time to construct their rounds and make the content as hard hitting or humorous as possible.

The driving force behind battle rap events in the UK is arguably ‘Don’t Flop’. Just seven years after its inception, the DF brand has become synonymous with competitive rap battles across the UK. As a result, many of the videos on their popular YouTube channel have gone viral, racking up millions of views.

Another prime example of a battle quickly garnering views is Mark Grist vs Blizzard.

Since Don’t Flop’s inception in 2008, by rappers Rowan ‘Eurgh’ Faife and Freddie ‘Cruger’ Scott-Miller, the company has gone from strength to strength and to this day has accumulated over 100 million total YouTube views. They’ve held events all around the country (as well as recently branching out to Australia and America). This popularity can be attributed partly to battles such as Shotty Horroh vs Arsonal – currently sitting on just under 8 million views. Already a popular name in the underground music scene, Mancunian Shotty decided to step into the ring against Arsonal; a heavyweight American battler, who had a reputation for his disrespectful bars and intricate play on words. A combination of the growing reputations of the two MCs and the electric atmosphere of a crowded and packed out venue in London led to the battle quickly reaching a mainstream audience and eventually making its way onto television programmes such as Rude Tube. Another prime example of a battle quickly racking up the views is Mark Grist vs Blizzard. Touted as a teacher vs student battle, the style clash between spoken word poet Grist and young rapper Blizzard piqued the interest of Channel 4 News, who decided to run a story on the clash. Many of the battlers, past or present, have had successful careers in music or spoken word. Popular Leeds rapper Lunar C was a mainstay on the Don’t Flop circuit before he stopped battling to focus on music. He can now be heard regularly on BBC Radio 1. You would be wrong to assume the battlers are confined to having just careers in rap music, as is seen with MOBO award winning jazz musician Soweto Kinch who still attends and battles at events to this very day. 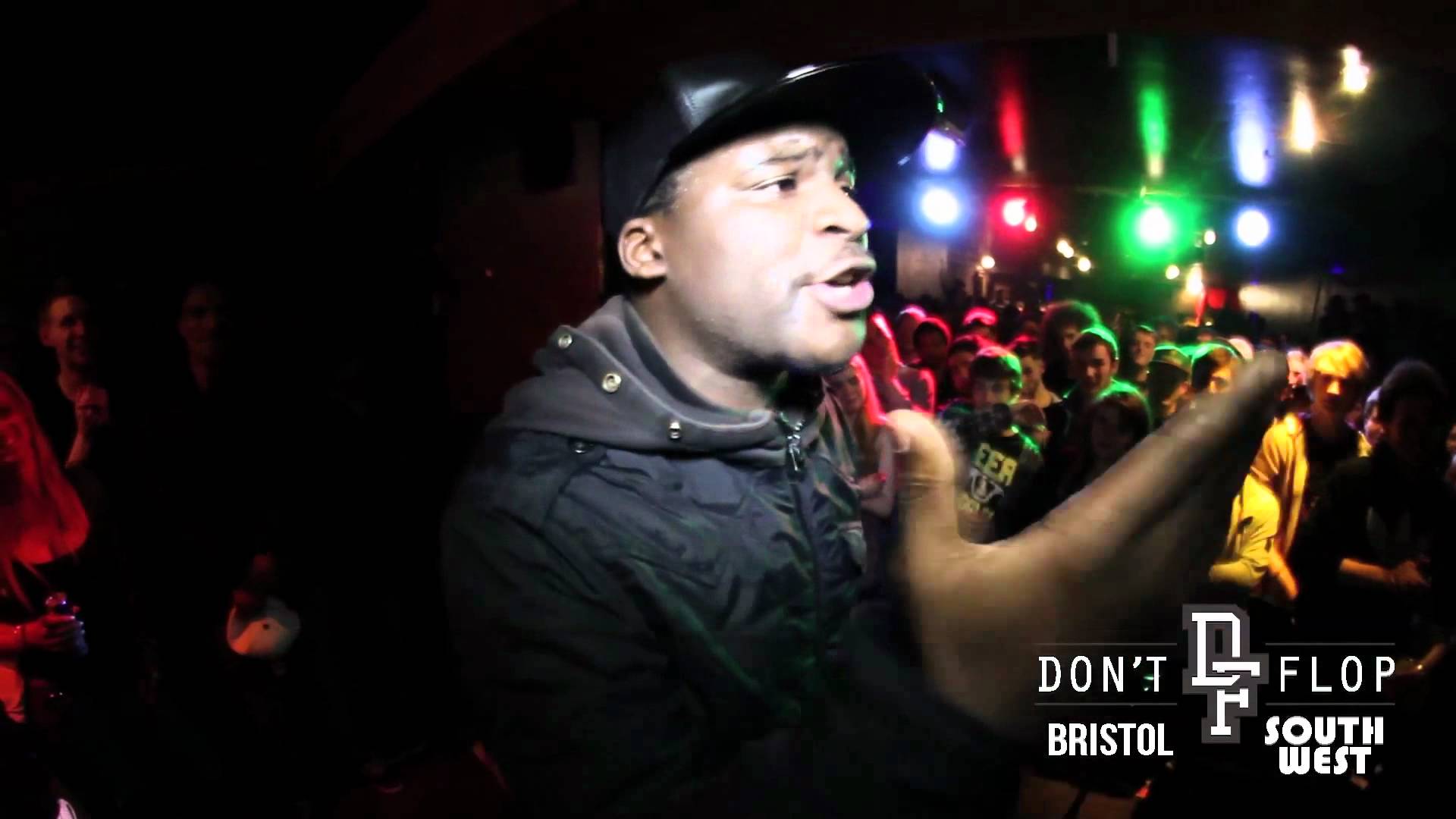 Despite the obvious technical prowess required to write down and memorise six minutes of unique content, the material itself is not always as complex as the writing process would lead you to believe. ‘Mum jokes’ remain a mainstay of UK battle rap, as well as countless other crude (albeit entertaining) ways of insulting an opponent. Understandably, many fans and battlers alike are conscious of crossing the line with the things they rap – whereas others are happy bringing up all manner of personal and private information.

…whereas others are happy bringing up all manner of personal and private information.

One situation which displays this perfectly is the infamous 2012 showdown on Don’t Flop between Caustic and Jefferson Price. Caustic’s third round focused primarily on Price’s apparent infidelity towards his wife and as a result, this left the battle rap world stunned as to how far someone should go to gain the upper hand.

A common discussion at the heart of the subculture is the ‘bars vs jokes’ debate. This centres on the stylistic differences between a hard-hitting and lyrically dextrous way of breaking down the opponent, and the more comedic approach —  assassinating somebody’s character. Most battlers have a way of intertwining both these techniques into their rounds, so the formula to success can often be found within finding a good balance between both.  A performer who can make the crowd laugh, as well as impress them with complex wordplay/rapping ability, is the perfect template for a successful battle rapper. 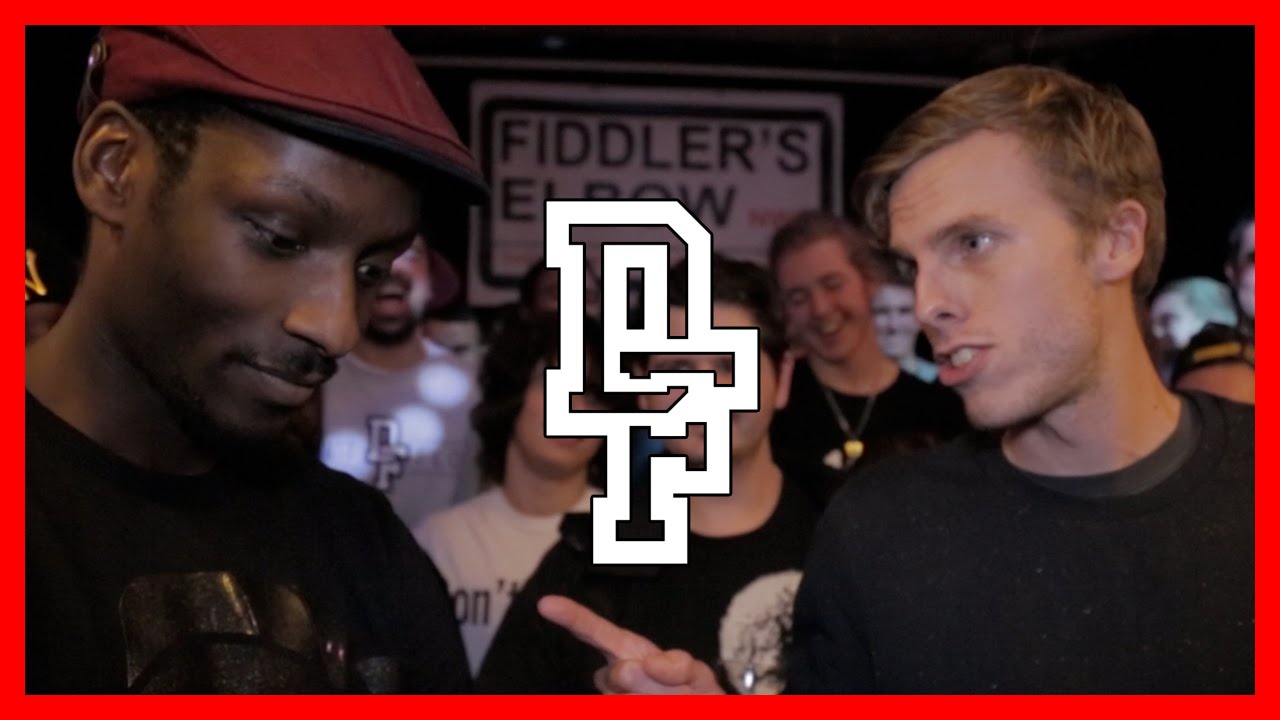 The diversity of performers in Don’t Flop at the moment is as varied as it has ever been, with established names in UK rap music and established poets battling at the same events. Bristol-based poetry slam champion, Harry Baker, has battled many times for DF whereas on the other hand, American ‘gun bar’ rapper DNA is often flown over by the company to battle in England. The diversity of performers is what sets the UK scene apart from the rest and is also the reason that battle rap is gaining an increasingly varied fan base.

Comparatively, battle rap is very similar to wrestling: storylines develop organically in the battles and between events so the fans always have something to anticipate or look forward to; and there are significant hero/villain figures within the UK scene, with popularity playing a big part in terms of who is able to maintain a place on the card for the next big event.

Despite the perceived simplicity of the battle rap format, thousands of fans can fill up a venue to watch the biggest names perform – Don’t Flop’s recent ‘7th Birthday’ event sold well over 1000 tickets and provided a packed out venue for the fans to watch some of the biggest names in world battle rap perform. A large proportion of the fan base exists solely online with the modern day phenomenon of YouTube providing a platform for the emerging talents to showcase their ability to the quickly growing audience of 360,000 online subscribers. Interest in the content is maintained through regular events and uploads onto the channel with big name North American battlers often flown over for some of the larger events to compete with the British talent. Many people are understandably unaware of the sheer scale of battle rap as an underground culture but I would highly recommend that anyone interested takes five minutes to check it out, because there really is something for everyone on the Don’t Flop roster at the moment.

Are you a seasoned battle rhymer, just learning your first few bars, looking to find people to cypher with, head to the Rife Guide to find out when the next The Drop session is.

Find out when the next Don’t Flop event is With Mayfest's Dance Marathon imminent, Sammy Jones picks her fave dance moments from near and far and shows you how...
Arts/Culture / April 29, 2015 / Sammy Jones 'My first gig was a Beyoncé concert' Joe Moon, 17-year-old college student hoping to study English at university next year. Big lover of football and music hoping to make my way into sports journalism. Can be found at the weekends cheering on my team Bristol Rovers at both home and away matches.