My Year In Illustrations, Murals And Everything Black And White

Cai looks back on his year and the different illustrations he’s worked on.

After clicking on Facebook’s ‘Year in Review’ I was feeling nostalgic. 2015 has been a busy year for me, and I realised that I’ve spent a lot of it drawing. So I decided to look back on all the different illustrations I’d created over the past 12 months. 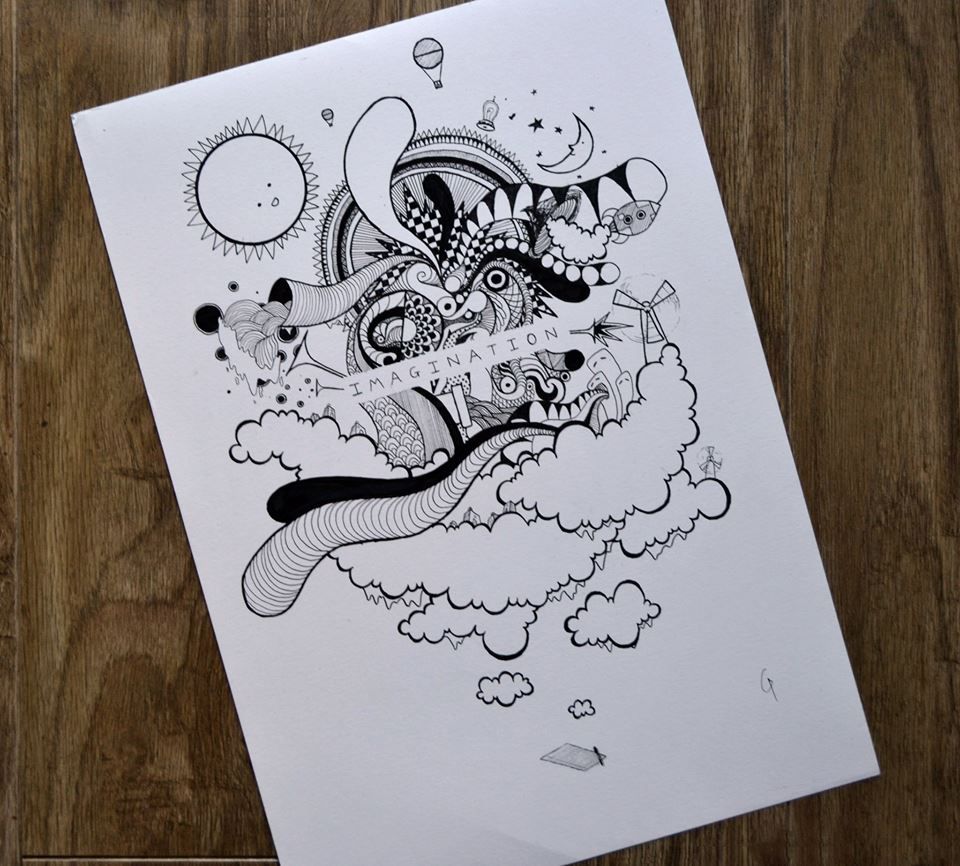 I spent the few days between Christmas and New Years finishing this piece off. I’d gotten a timelapse camera for Christmas so was dying to try it out and made a video of it. 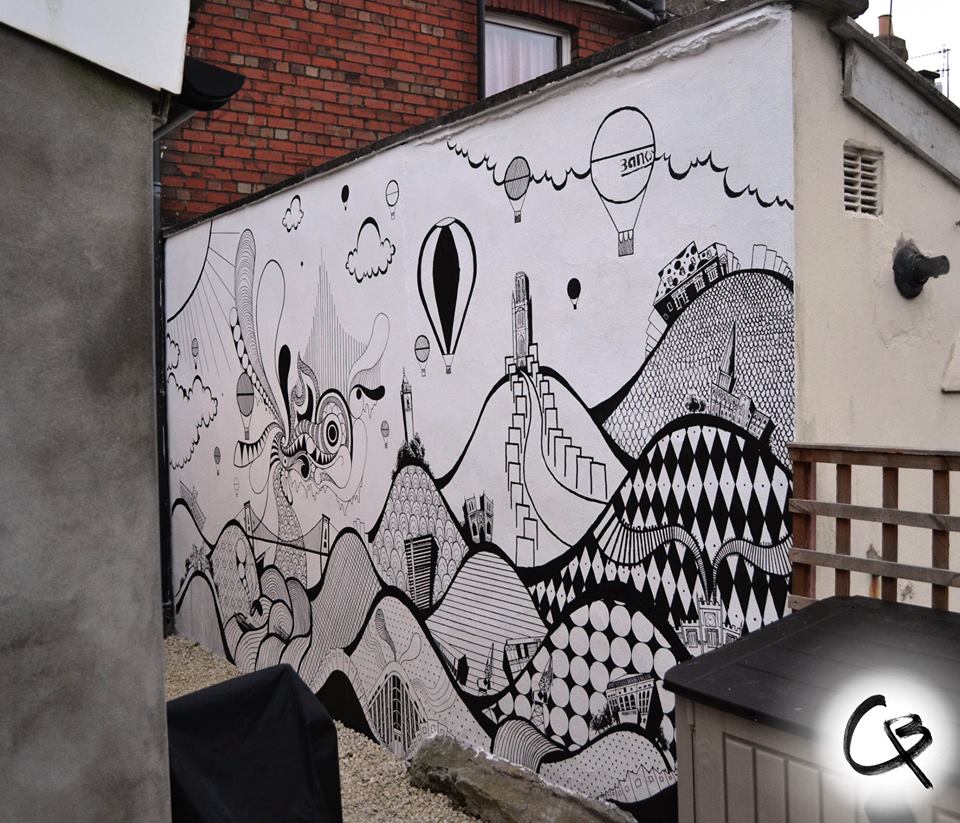 This was the month that I learned to only accept outside murals when it’s warm. I spent a week freezing my fingers off drawing this private mural of Bristol. 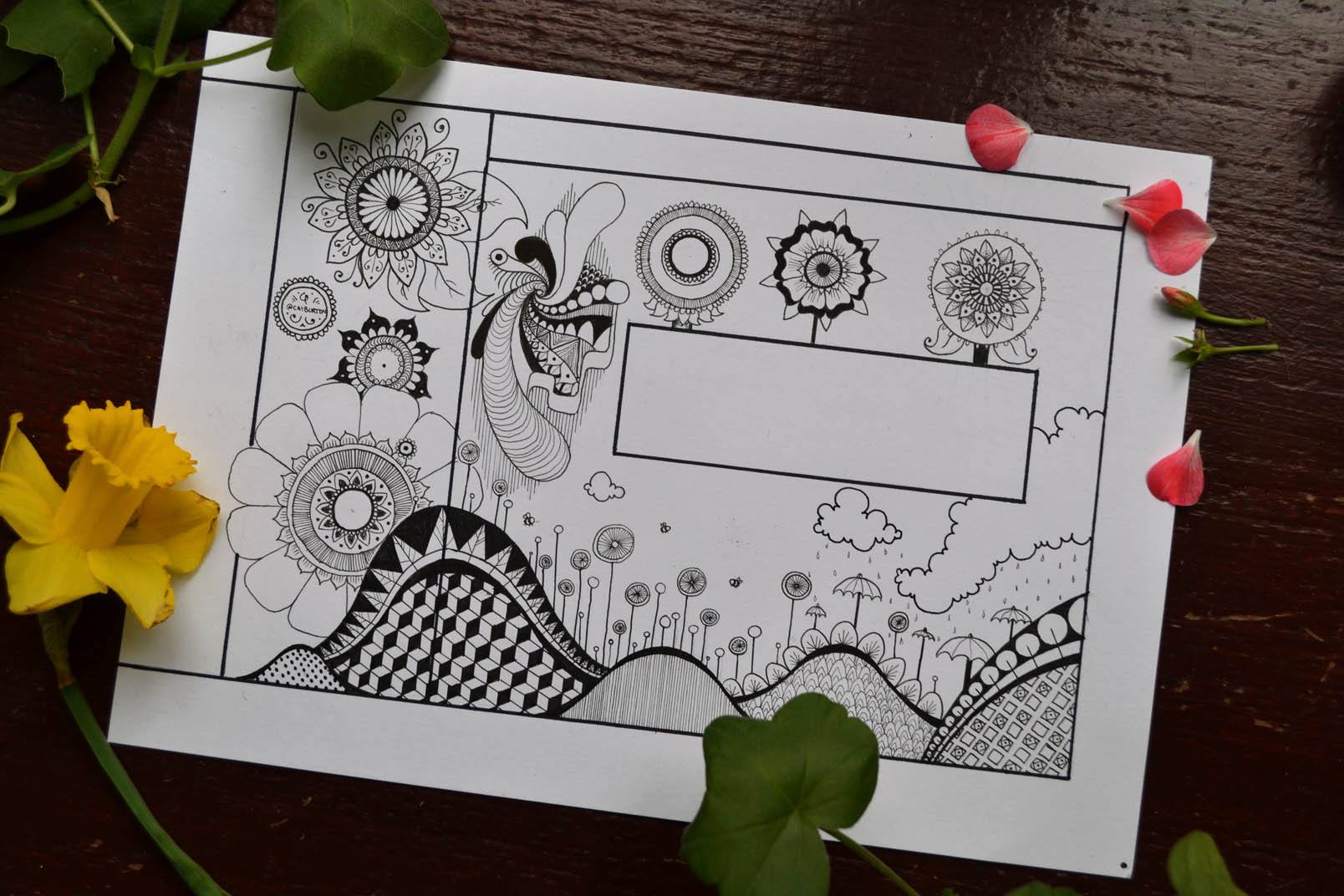 In March, Co-LAB asked me to design their window display! Thankfully, it wasn’t quite as cold as the last one, but I was still pretty chilly. They even made a fancy video of me drawing it. 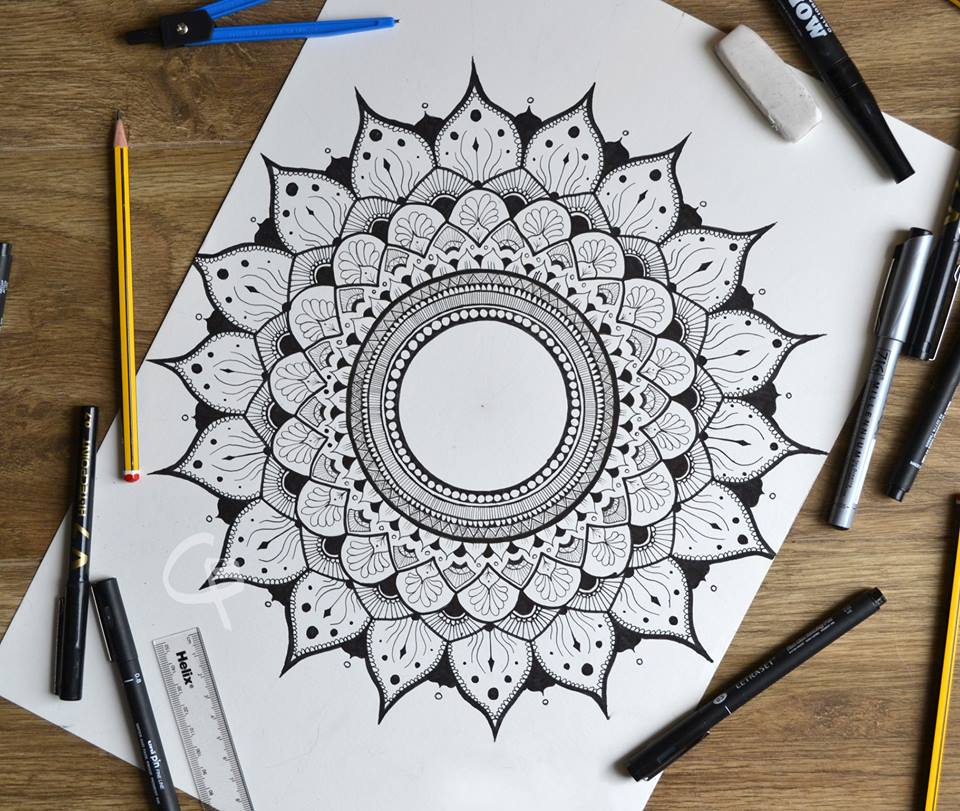 Following the Co-LAB love I got from the previous month, they then asked me to come up with a t-shirt design for them. I was just starting to get into mandalas then, so it was fun to create a really big one. 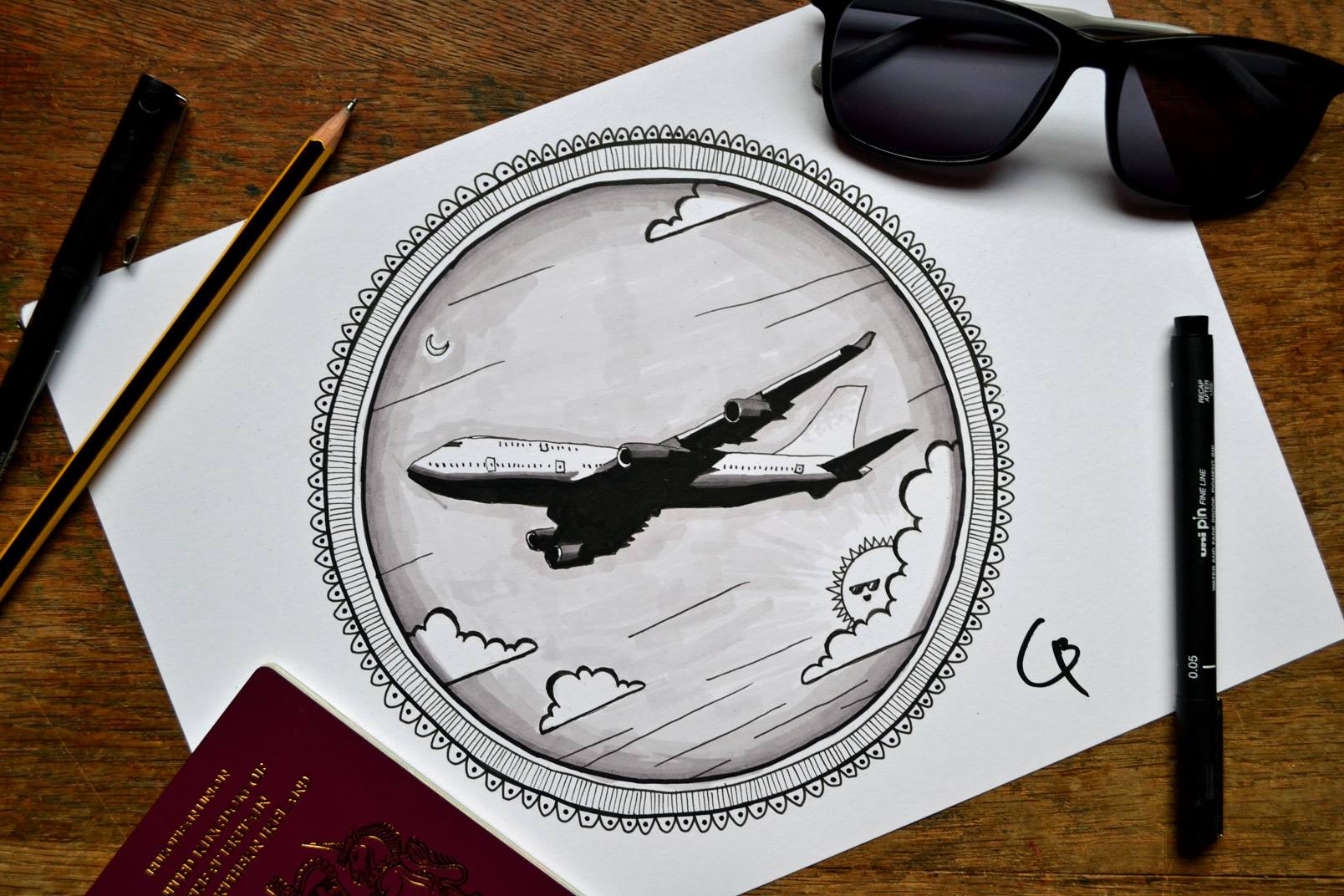 In May, I went travelling round Europe.  So things were naturally very quiet for me then. Despite drawing an airplane, I travelled mostly by train – didn’t stop me from missing a flight though. 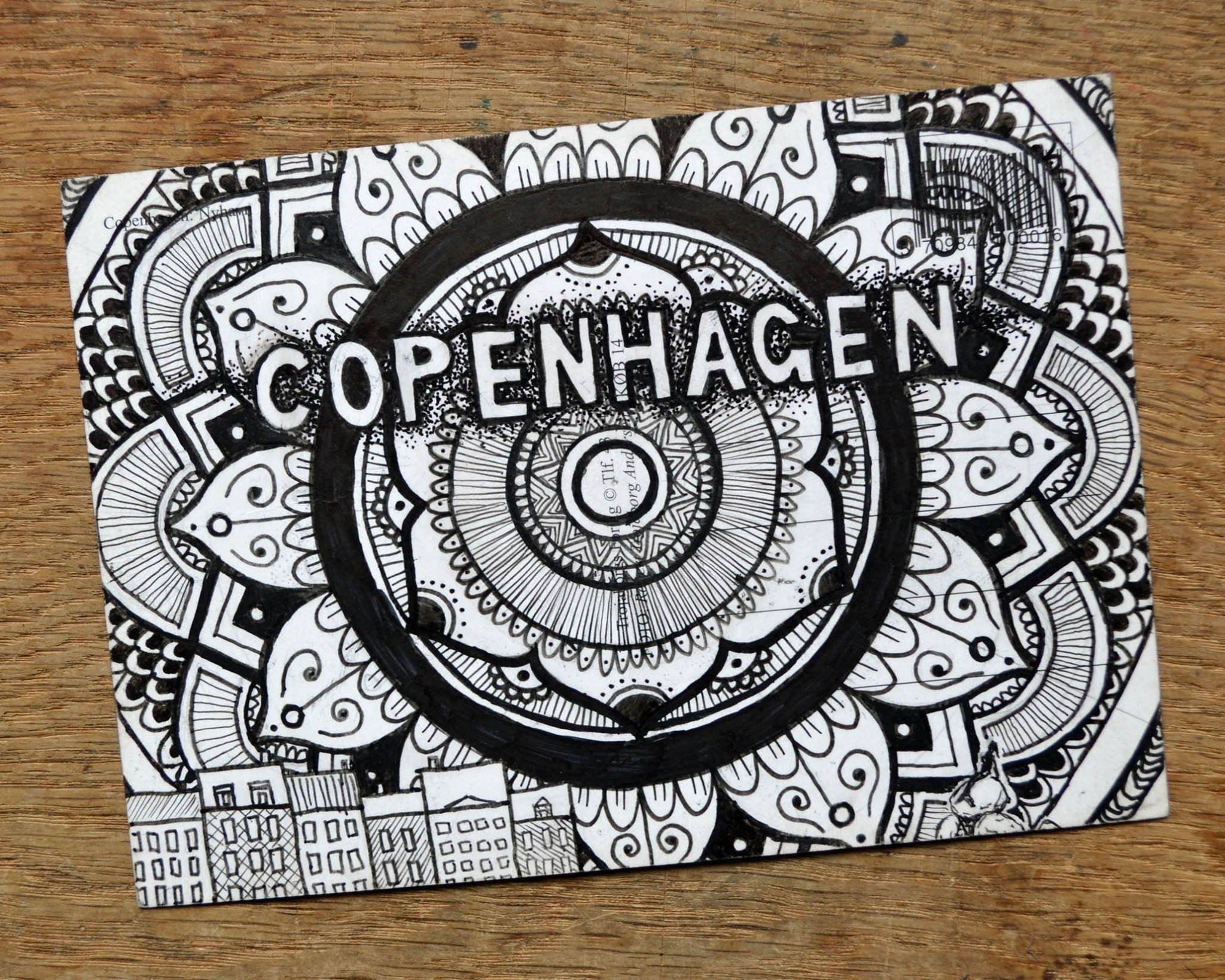 Whilst I was in Europe, I collected postcards from every city I visited starting with Copenhagen and I drew mandalas and landmarks on them. I ended up with 11 different postcards from all over Europe. You can have a look at the collection here 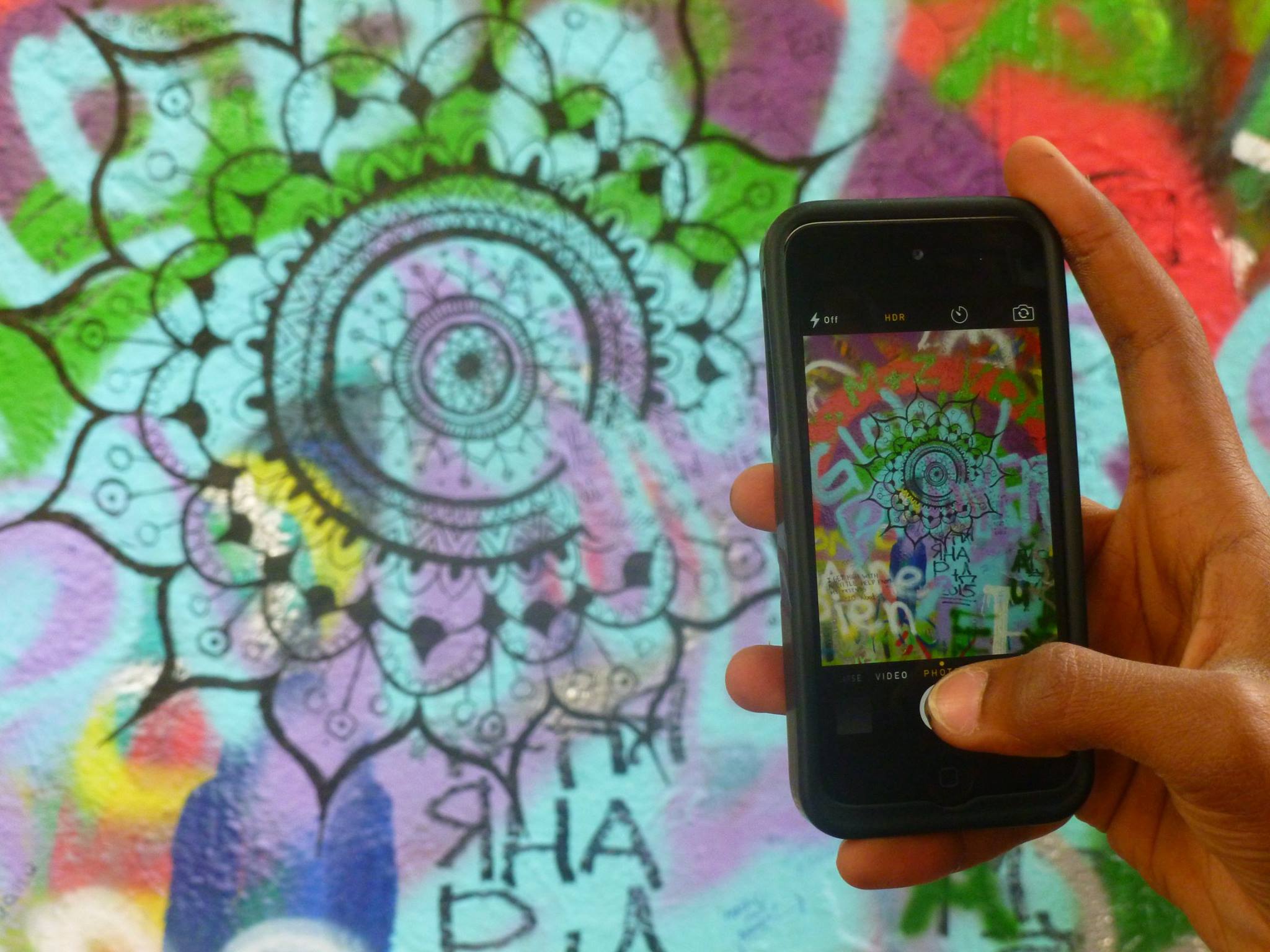 In Prague, there’s a wall called Lennon Wall where people graffiti messages of love, bright colours and Beatles lyrics. While I was there, I decided to leave my own mark. 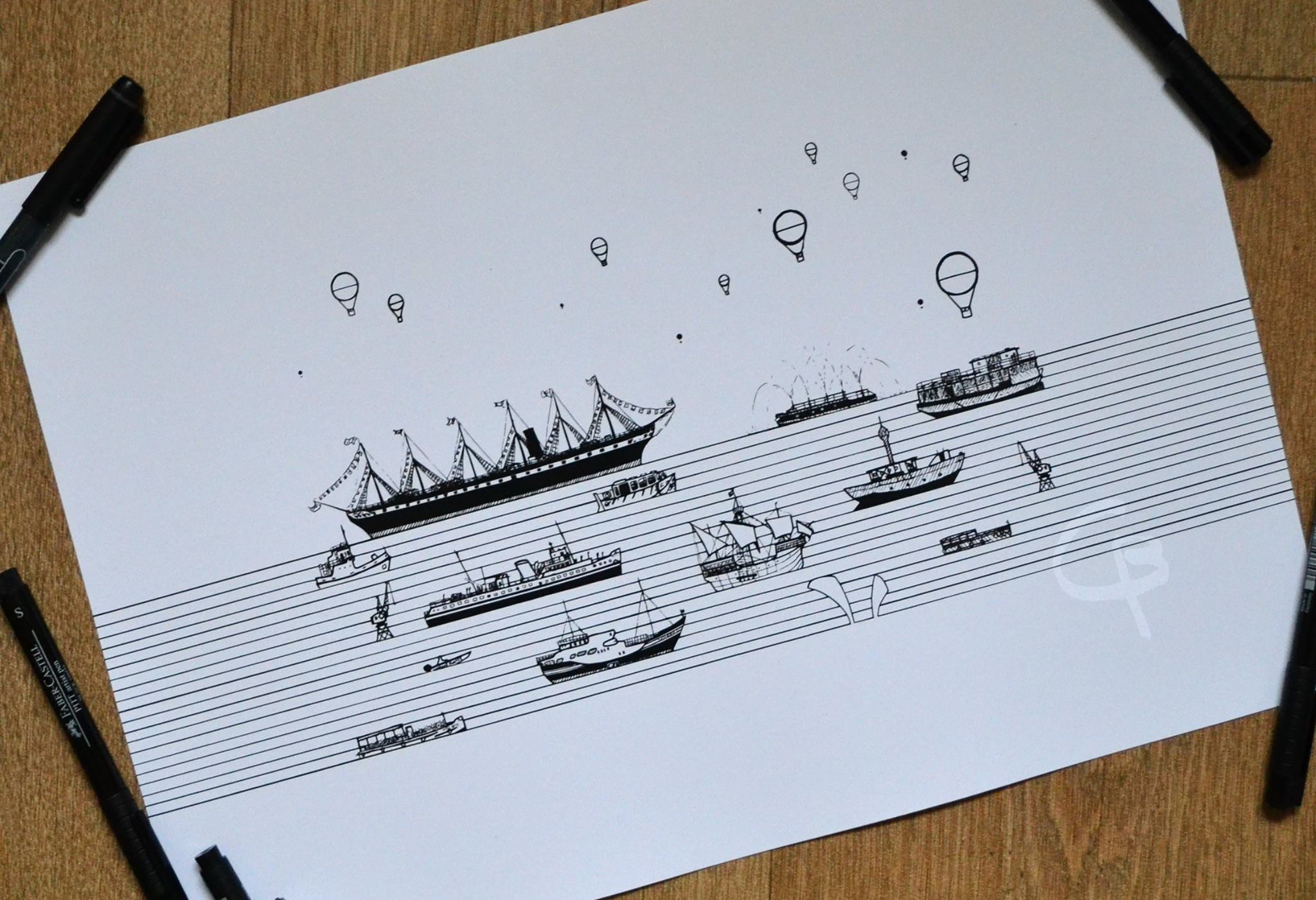 When I got home, I was really loving the Bristol vibe – especially during the Harbour Festival. I decided to draw 12 of Bristol’s boats floating along the harbourside. 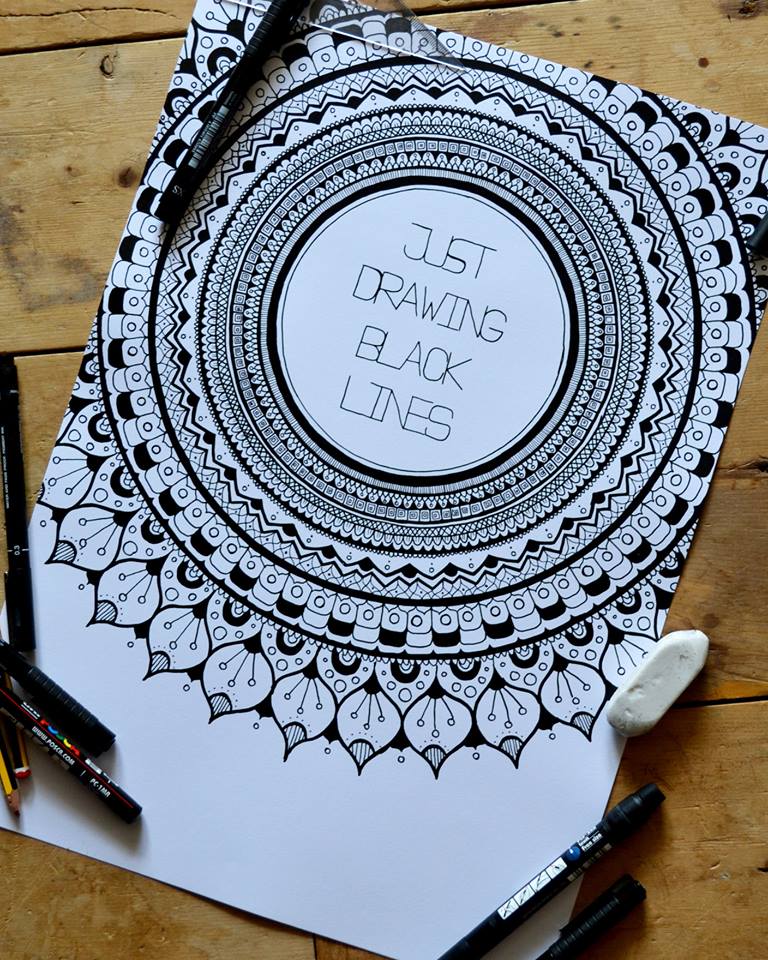 I also had fun at this year’s Upfest street art festival. I spent a lovely summer’s day painting this design on a large piece of wood in front of tonnes of people. 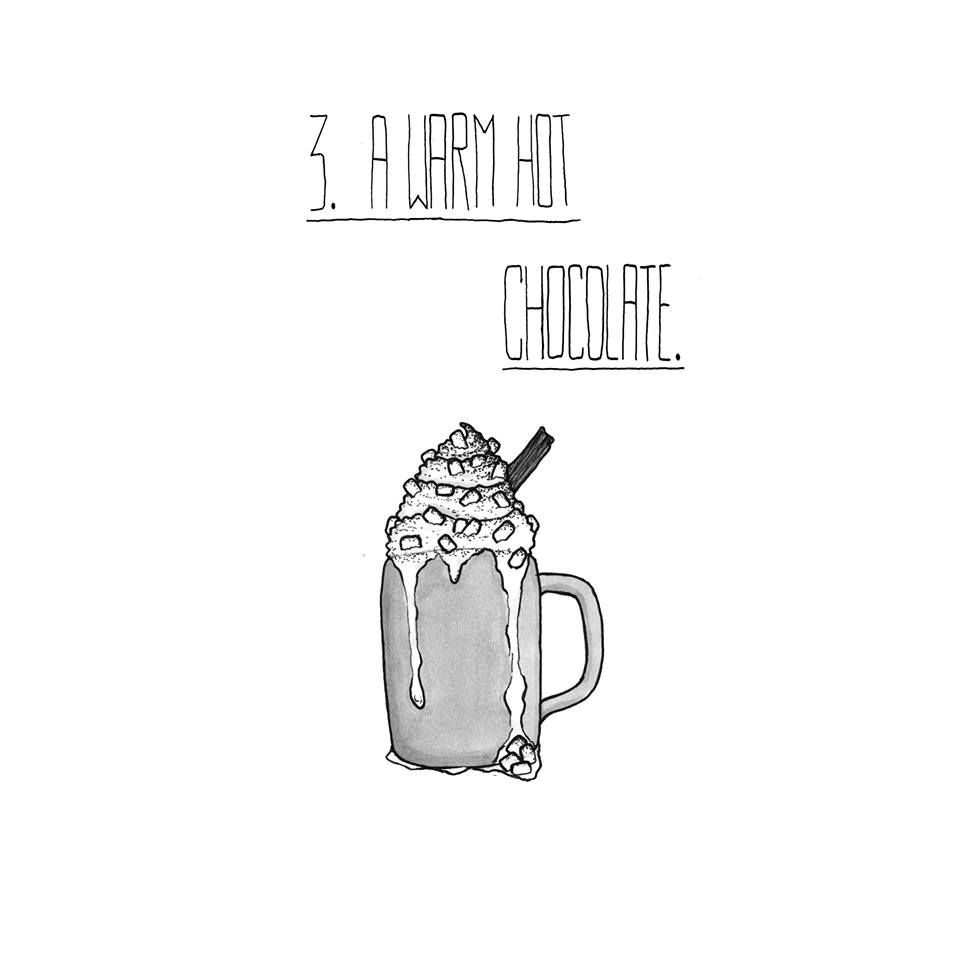 During October, I learned not to attempt a daily challenge in the same week that you start a new job. I tried to take part in Inktober this year, but only made it to day 11. 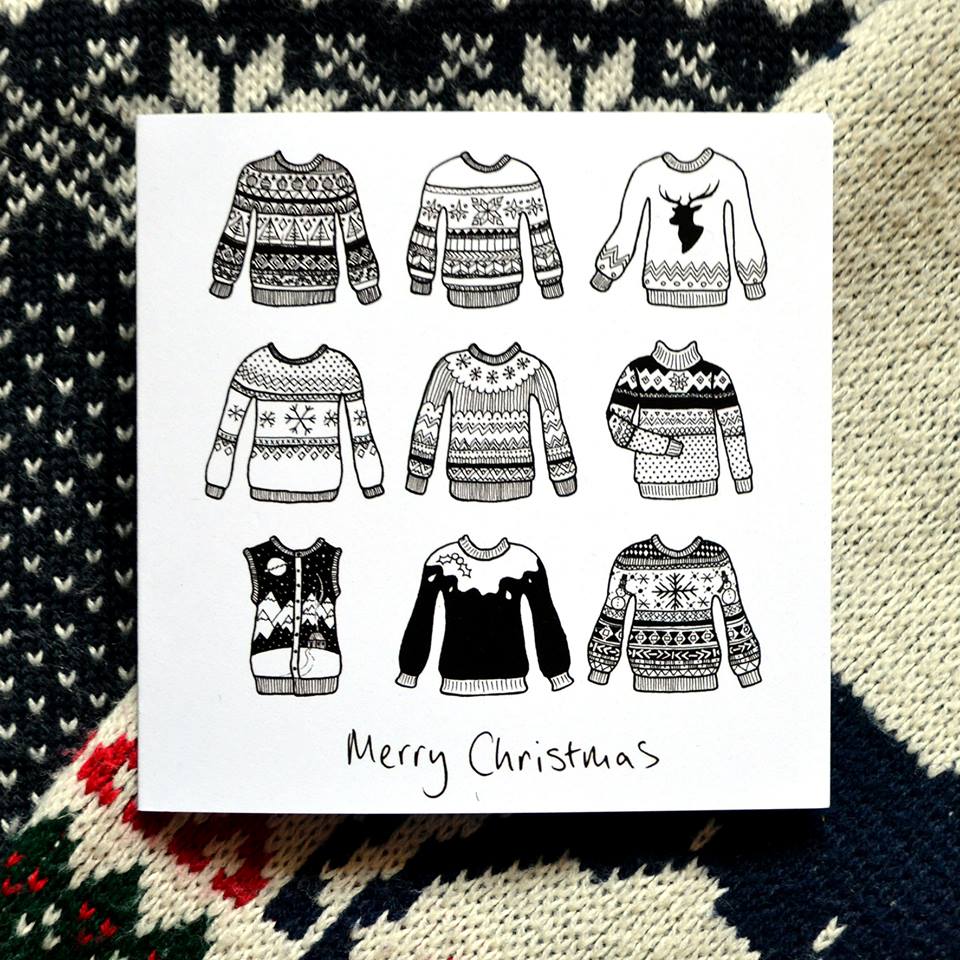 I was feeling super Christmassy in November because I was delivering my Christmas card designs around Bristol. I just love Christmas jumpers so couldn’t not draw some. 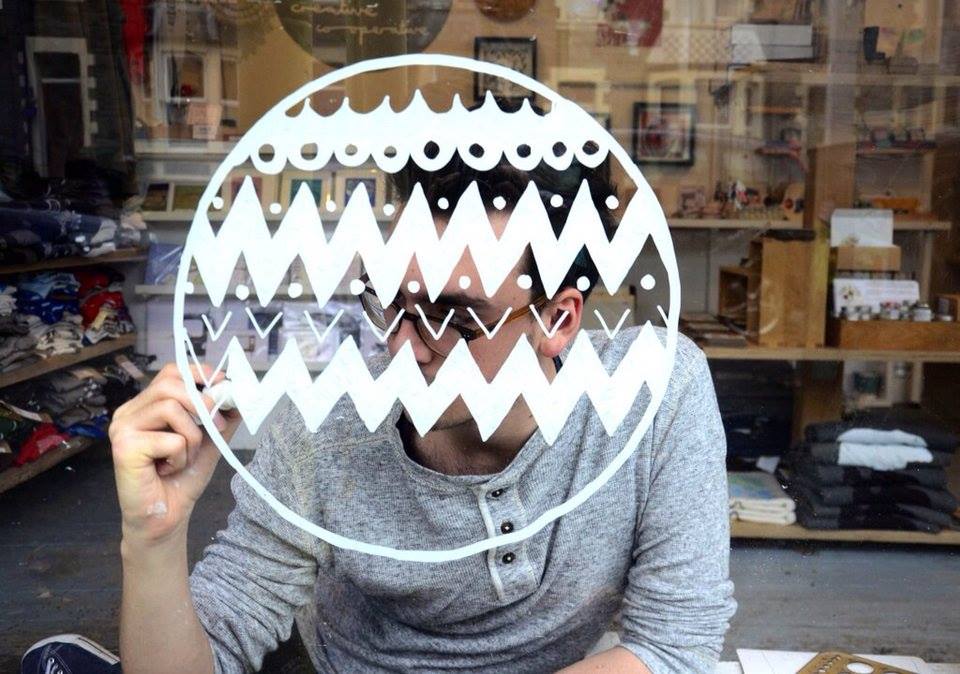 Finally, to celebrate Christmas, I was asked by Paper Plane to design their Christmas Window Display. So I covered the front of their shop in patterned baubles of all different sizes.

There were lots of other drawings I did that didn’t make the cut, and you can check them out on my Facebook page, Instagram or Tumblr. I had loads of fun this year and I can’t wait to see what drawings I come up with in 2016.

Alternatively, you could check out the Emerging Artists’ Exhibition as featured on Rife Guide Molly's Year Told Through The Magic Of Cats

Molly has had a very busy year and is reviewing it for us all through the medium of cats.
Fun Stuff/Lists / December 5, 2014 / Molly Perryman Cai is a writer, artist and illustrator. He has avoided university and has spent his time since sixth form working in and around Bristol doing anything creative. He's a part of Young Arnolfini and spends his time with them doing a variety of projects ranging from running workshops with different artists, to taking over the main gallery at Arnolfini. He loves drawing, but when he's not doodling, he enjoys reading manga, learning about politics and society, swimming and watching films. Living On The Edge (Of Bristol)

Cai writes a love letter to Warmley, and to living in the quaint ol' suburbs of Bristol.  I ordered a...
Bristol / January 28, 2016 / Cai Burton Seven Steps For Setting Up Your Own Exhibition

As part of Young Arnolfini, Cai Burton has put on his fair share of galleries and exhibitions.
Arts/Culture / January 27, 2015 / Cai Burton