Think You Know Bristol? Come Over To The Dark Side With Nightwalks

Between 2007-2010, I did a lot of projects in the neighbourhood I share with youth we’ve been working with since 2005. Often these would be at night and I would walk the young people home. I was surprised that they would all vie to be the last to be dropped off. It contradicted everything I had heard about ‘kids these days’ and their lack of interest in physical activities, their attachment to various screens (TV, computer, mobile, tablet, etc). These kids wanted to stay out late and wander around their neighbourhood. This was again reinforced on one occasion in particular when I took a bunch of teens downtown to check out a work by Ballet C de la B and, again, they insisted on walking the many kilometres back to their neighbourhood, enjoying the vibrant streets of downtown Toronto.

Being young and walking at night in the company of adults who are not disciplinarians, not authority figures provides the best of a couple of worlds: freedom and safety.

Just last week, in fact, the same thing happened, but I wasn’t surprised since walking large distances has become the norm with us. It was clear why they wanted to be the last to be dropped off and why they insisted on walking great distances: it’s fun. Being young and walking at night in the company of adults who are not disciplinarians, not authority figures provides the best of a couple of worlds: freedom and safety. It allowed the young people to just dip their toes into a bit of autonomy without taking a big risk, knowing that, worst case scenario, there was an adult there to navigate any problems and pile us all onto transit, if need be. 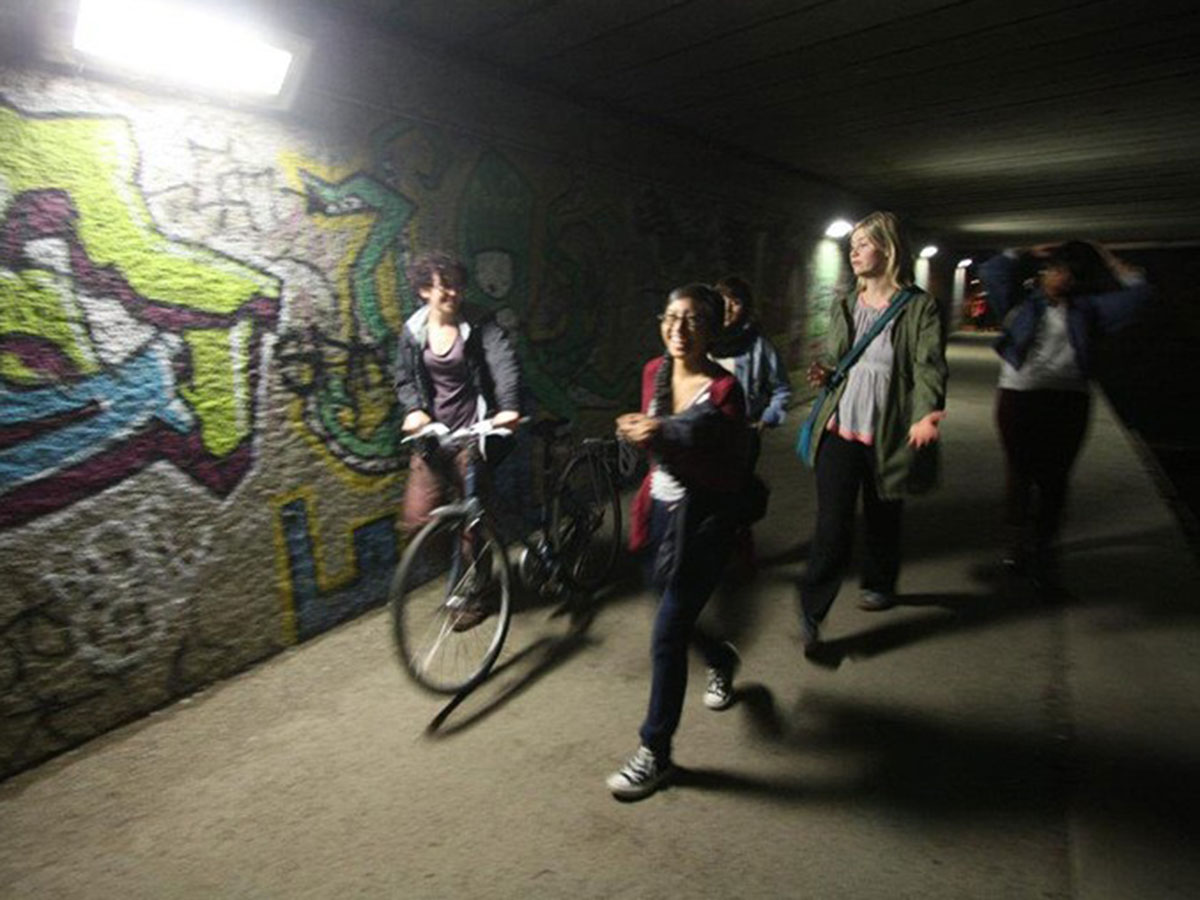 What do you think young people get out of the project?

This is a completely unusual dynamic in our paranoid societies

It’s fun for them to socialise with adults who do not treat them like children, who are genuinely interested in their points of view and anyone who understands this as performance will tend to be a person who respects the young people as people. Generally when unknown adults interact with young people in a deep way, it’s usually to tell them to move along, or question what they’re doing. This kind of social dynamic – as utterly ridiculously simple as it might be – is completely unusual.

Our societies segregate young and old and only allow them to socialise under very strict and highly scrutinised circumstances. This project provides something different, something very unusual, yet something that feels completely natural.

In fact, in my mind, it feels like it’s something that is missing. They don’t offer anything but their presence as ordinary people, who have been segregated from the majority of the population.

What do you think the effects on the adult participants might be?

In my experience with past presentations, it’s a surprisingly relaxed night (pray for good weather), that introduces an unusual social ontology – a different way of being in the world. It opens up a little window into alternative possibilities and leaves profound questions in its wake: how can we make things like this happen more regularly? What are we so scared of? Is that fear reasonable? How can we create events like this, and keep them safe (believe me, it’s not rocket science)?

Wanna go on a tour? Us too. Here’s more info. You can also totally be a tour guide if you’re from South Bristol, are 15-17-years-old-ish and would like to gain some awesome skills at an international festival and collaborate with some cool kids from Canada. Get in touch with KWMC here. Chat to us too, we like that. We’re on Twitter and Facebook DOCUMENTARY: Beyond The Impossible - Horse Therapy And Cerebral Palsy VLOG: A Brief Examination of Death '...if I'd come out as trans at school I would have got beaten up on the way home': Q&A With A Trans Teen