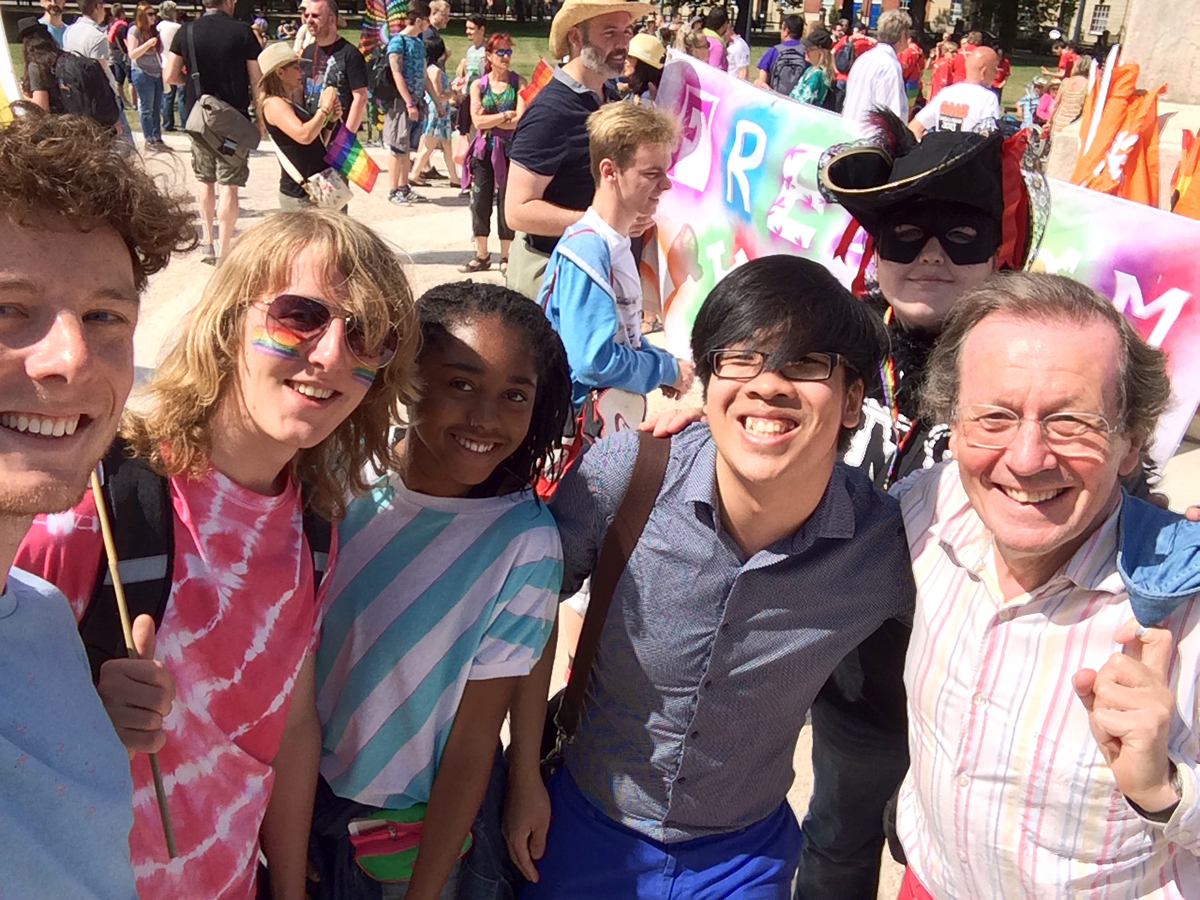 Jon went to his first ever Pride last saturday here in Bristol, have a look at his experience below.

Rife is currently working with a group of young LGBT (confused? refer to this video) teens and so we took the chance to get some filming done at Pride for the video we’re making, as well as enjoy everything it has to offer.

TODAY RIFE IS AT #BristolPride (@wearefest) WITH BROOK! We’re making a video with young #LGBT look out for our signs! pic.twitter.com/fl13Vki6up

We’re going to be asking people about love, companionship and what’s important to them in a relationship (even just platonic) #BristolPride

The sun was shining, because, you know, happiness.

As well as lots of really happy people!

From 11:30am we marched, with a massive Nando’s chicken. Think of the sweat.

Lots of people in leather…

In the parade and the atmosphere is incredible. So much love from people participating and bystanders #BristolPride pic.twitter.com/aLjH3y4uRW

The excitement might have got to me a bit.

You can run, lady, but equality will always catch you up #BristolPride pic.twitter.com/dmtPoSvOYx

My selfie game was still strong from the St. Pauls Carnival Challenge…

And so our filming for our LGBT video began!

We even managed to get on the radio.

And we were, uh, amazing.

Not such a sly selfie this time…

Finally got round to having a chat about younger people and leather culture with @LeatherWest! #BristolPride pic.twitter.com/gkqkLMmZKC

There was entertainment everywhere, from drag queens to music stages:

Even our project leader managed to have some fun…

And then we were finished! And exhausted from all the happiness and joy.

WE. ARE. DONE. Thank you #BristolPride for all your help and thoughts on relationships! pic.twitter.com/9LK86QQLmw

Could not be prouder of the young #LGBT group working with us today. Amazing effort from everyone. #BristolPride was a huge success.

But our legacy continued…

We had an amazing time at #BristolPride, video will arrive soon but in the meantime – inception with @GeorgeFergusonx pic.twitter.com/yOB5kt7L0k

We all had a fantastic day, thank you to everyone who came along and helped out with our filming and also those who followed the live coverage. Look out for the video soon…

Did you go to Bristol Pride? Let us know by tweeting us, and check out Sophie’s article on why we need Pride and how necessary the council funding is, here. In The Good Morning Project, Ailsa interviews inspiring people about what gets them up in the morning –in both the...
Social Issues / July 25, 2016 / Ailsa Fineron A Love Letter to My Cat Callers...

If you find yourself shouting at people from across the street this one's for you...
Social Issues / August 29, 2018 / Ella Brandt Every year the arts courses at UWE present the work of their final year students in a massive exhibition that...
Arts/Culture / June 5, 2014 / Jon Aitken Theatre: A Promising Start For The Bristol Shakespeare Festival 2014